The US$42 billion Shenzhen-listed firm is one of 28 organisations added to a White House list of banned entities by the US leader as his administration redoubles its trade war with China.

Chinese video surveillance firm Hikvision, which has produced over one million closed-circuit cameras in Britain, including for use by councils, airports and NHS trusts, has been blacklisted by President Donald Trump for allegedly spying on Uighur Muslims in the autonomous region of Xianjiang.

The ban follows similar moves made against telecoms giant Huawei, and will see the organisations named – which include 20 government organisations and eight technology companies - banned from buying components made and sold by US companies without approval from the US government.

The move has been sharply condemned by Beijing, with a foreign ministry spokesperson telling the US to “stop interfering” and suggesting China could respond in kind.

US government has put 28 Chinese entities on a blacklist it calls the Entity List. These include some of China's biggest surveillance and AI firms:

They are alleged to be "implicated in human rights violations" in Xinjiang. pic.twitter.com/bkHXmXdQc2

​Commenting, Matthew Henderson, director of Asia Studies at the Henry Jackson Society, said it’d been reported controlling shares in Hikvision are owned by the Chinese government.

“Beijing acknowledges using foreign video surveillance would be a risk to national security. This rather implies the same would apply in the UK if we use Chinese equipment here,” he suggested.

However, the company seems rather unperturbed, with its general manager stating it is likely to only suffer a limited, short-term hit from the action, as it’d been preparing for a possible US ban for over a year and its overall reliance on US components was “extremely low”. He said the company remained confident about its long-term business prospects despite being added to blacklist. 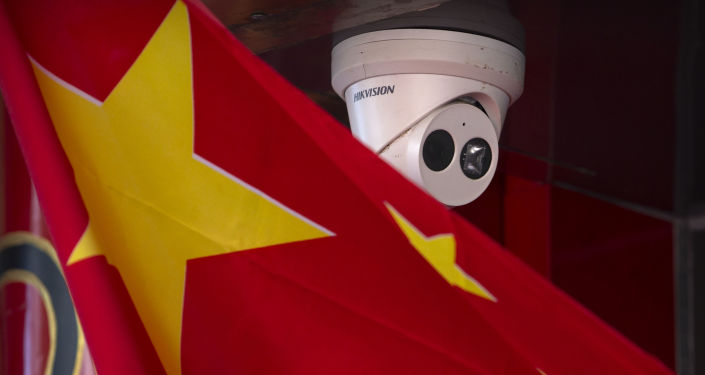 "We are well-prepared to cope. We’re not under huge pressure. The US government doesn’t care at all about the things Hikvision is doing in Xinjiang. The thing they care about is sanctions,” he added.

Hikvision board member Huang Fanghong said the firm’s clients could “rest assured” it has the ability to “guarantee continued, stable supply of products”, and would continue to expand in the US and other markets.

"So far, we’ve found alternatives to most of the US components and stockpiled inventories of goods we can't replace immediately. We believe the impact will be minor on our business," she explained.