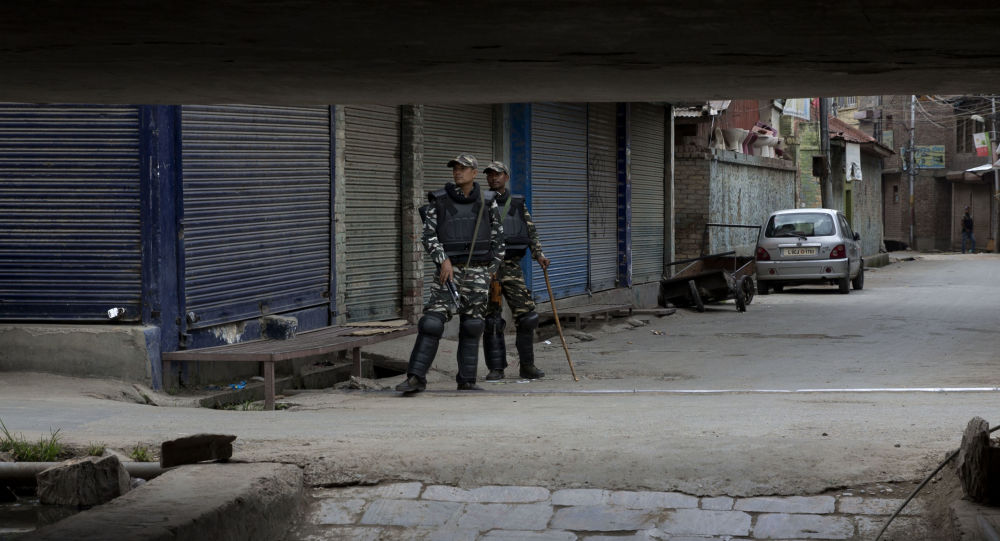 The head of Rashtriya Swayamsevak Sangh (RSS) Dr Mohan Bhagwat has praised the Indian government's August move to nullify Article 370 that stripped the special status of the disputed Jammu and Kashmir region as a "courageous decision".

“The move of the re-elected regime to nullify Article 370 has once again proved that it has the courage to fulfil those expectations and respect people’s sentiments and wishes in the interest of the country,” said Dr Mohan Bhagwat.

RSS is the ideological force behind India’s ruling nationalistic Bharatiya Janata Party (BJP) and Prime Minister Narendra Modi was a functionary of it before plunging into active politics.

The top Hindu leader, who has substantial influence on the BJP government, then commented on incidents like “mob lynching”, saying they were not part of Hindu traditions, and added that RSS was dragged into such controversies by people setting out to defame India and the entire Hindu community and also to create fear among minority communities.

“We have to understand that such a conspiracy is also being hatched,” said Dr Bhagwat.

There have been a number of mob lynching incidents in India in the recent years, some by fringe Hindu organisations known as “cow vigilantes”. But Dr Bhagwat reiterated that the organisation’s discipline does not allow its volunteers to violate the rule of law.

“Howsoever deep the difference of opinion be, howsoever provocative actions might have taken place, still, we should act by remaining within the limits of Constitution, handing over such cases to the police and reposing faith in the judicial system of the country,” Bhagwat said.

In the eastern Bihar state alone 14 people have been beaten to death, and a further 45 injured in mob lynching incidents during the past two months, according to state police.

At a recent press interaction with international media, Dr Bhagwat said that if any volunteer of the organisation was found guilty (of mob lynching), RSS would disown him and the law should take its own course.

RSS is the largest voluntary organisation in the world with four million regular volunteers. Its educational wing – Vidya Bharati runs one of the largest private networks of schools in India – 12,000 schools with 32 million students. Its volunteers, spread out through 55,000 primary units, are also involved in rescue and relief operations during natural disasters.