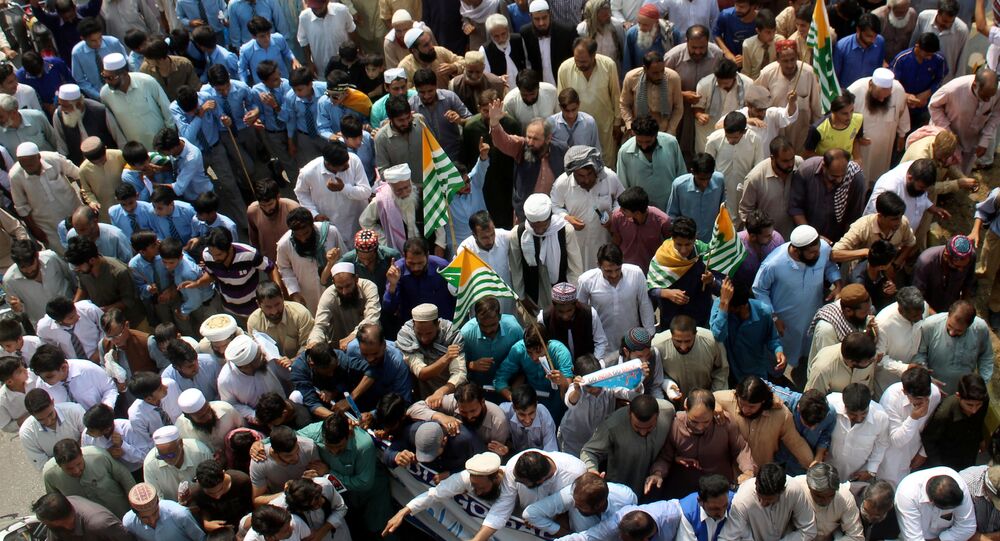 "The purpose of the visit was to see the ground situation and gauge public sentiment", said the Ministry of Foreign Affairs Government of Pakistan.

The delegation was met by protesters in Pakistani-administered Kashmir who called for independence from both India and Pakistan. The demonstrators moved towards the Line of Control (LoC), a demarcation line that separates Pakistan-controlled territory from India-controlled territory in the state of Jammu and Kashmir.

Earlier this week, the delegation had visited India and proposed seeking a resolution to the Kashmir situation and a discussion of India-U.S. bilateral relations, trade ties and defence purchases with key officials.

Reacting to India's move on Kashmir, Pakistan downgraded diplomatic ties with India and suspended trade and communications with New Delhi.

Kashmir has been a bone of contention between India and Pakistan ever since they gained freedom from the British colonial rule in 1947. Both control part of Kashmir but claim it in full. They have also fought three wars since then, two over Kashmir.