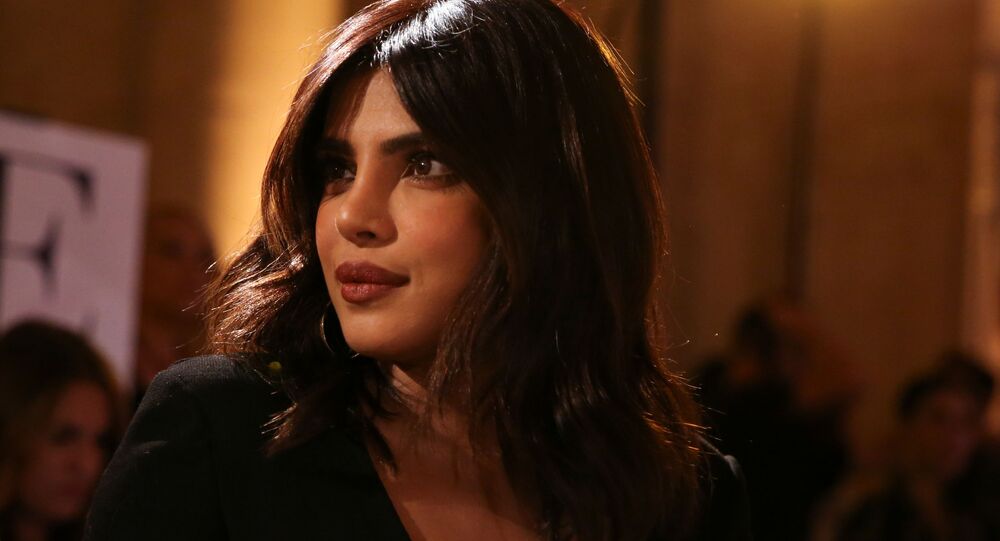 New Delhi (Sputnik): Bollywood megastar Salman Khan has put his foot down about not working with Priyanka Chopra Jonas for his upcoming big film to be released next year.

Every year, Salman Khan treats his fans to a typical Bollywood masala (spicy) film on the festival of Eid and 2020 would be no different.

However, for his next Eid release, Bollywood’s “Bhaijaan” (brother), as Khan is commonly nicknamed, has decided to not even consider Priyanka Chopra-Jonas to be his leading lady, media reported late Thursday.

When Salman Khan's team suggested one day Priyanka's for the female lead role in the upcoming movie, the "Dabangg" (fearless) actor refused, the report said.

The movie, released in June this year, stars British-Indian actress Katrina Kaif and emerged as a commercial success with a worldwide gross of US$47 million (Rs. 325.58 crore).

The on-screen couple that has already bedazzled the silver screen in three films previously, was set to reunite on camera after 12 years.

Don't miss it
MUST MUST WATCH 🏃‍♂️🎥 #Bollywood pic.twitter.com/uwATsfPeT8

​After Priyanka quit “Bharat”, 53-year old Salman went on to slam her in a series of public statements.

However, his personal attacks on the 37-year old actress did not yield any response from Priyanka Chopra until recently, when she reportedly took a jibe at Salman Khan’s “Bharat”.

At the wrap-up party of her upcoming movie “The Sky is Pink”, while hinting at “Bharat”, PeeCee was heard saying, “Amid various options at that point, everyone questions me about why this movie? Why not this tent-pole, potboiler with song and dance”.

Salman Khan’s ex-flame Katrina is likely to bag the project yet again and work opposite the actor for his next Eid project.

As of now, it remains unclear if Priyanka is working on any other Bollywood projects after “The Sky Is Pink”.