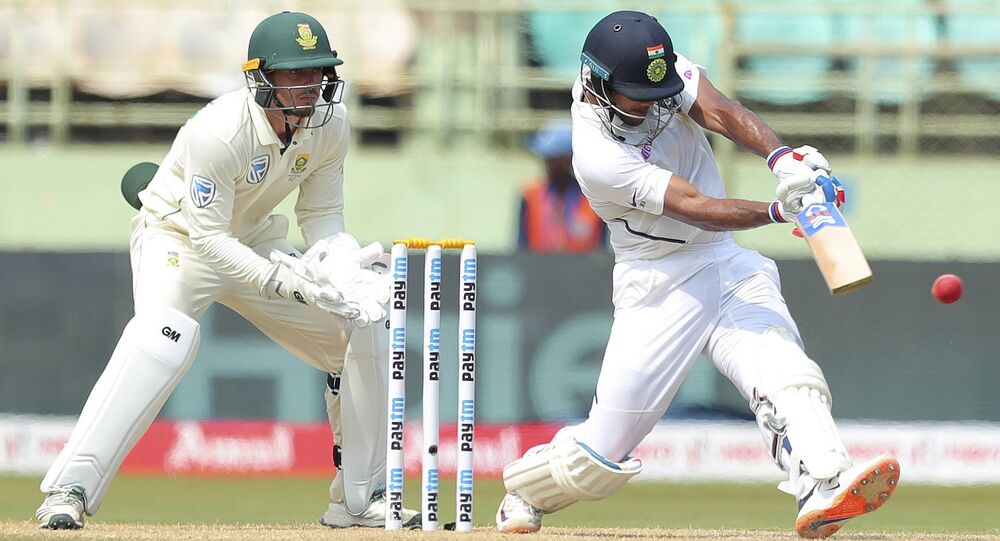 New Delhi (Sputnik): The first cricket test match between India and South Africa was held up for a significant time on the second day, as the bowlers failed to locate the missing ball that had stowed away in the boundary ropes to be later discovered by a witty cameraman.

The scene at the test match, played in the Indian city of Visakhapatnam, turned melodramatic as the ball raced for four runs through India's all-rounder Ravindra Jadeja's bat.

Commentators and crowd members guffawed as the perplexed South African fielders and ground staff struggled to spot the ball. They searched resultlessly under the rain-covers.

Eventually, a cameraman came to the rescue of the South African team; he zoomed in on the ball and projected its image on the giant LED screen, revealing its location, lodged between two wedges of boundary padding.

The discovery led to a wave of gleeful cheers from the anticipating crowd at the stadium.

Netizens were thrilled to watch the comic scene and took to Twitter with hilarious responses.

South Africa trails by 349 on the third day of the test match, having reached 153/4 at the end of the first session of Friday’s play.