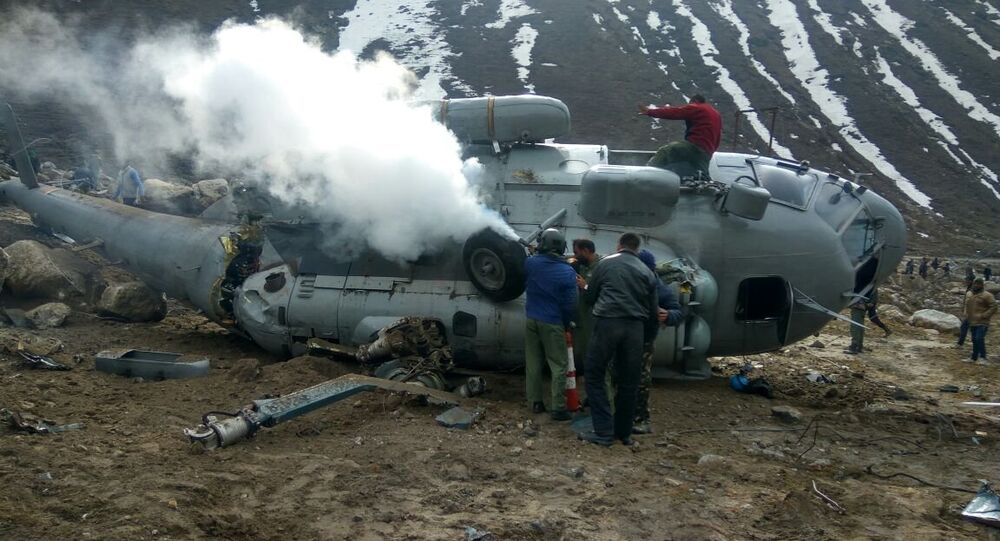 New Delhi (Sputnik): During the heightened tensions between India and Pakistan in February this year and the dogfight between the air forces of the two countries, the Indian Air Force (IAF) lost one Mi-17 gunship in a “friendly fire” incident involving one of its own Israeli-origin surface-to-air missiles in the Kargil region of Jammu and Kashmir.

The Indian Air Force earlier ordered a court of inquiry into the incident and the probe has been completed, said IAF Chief Air Chief Marshal Rakesh Kumar Singh Bhadauria in New Delhi on Friday.

“…It was our mistake as our missile had hit our own chopper. We will take action against two officers. We accept this was our big mistake and we will ensure such mistakes are not repeated in future”, Air Chief Marshal Bhadauria admitted in his first press interaction after assuming office.

IAF Chief on Mi-17 chopper crash in Srinagar on Feb 27: Court of Inquiry completed & it was our mistake as our missile had hit our own chopper. We will take action against two officers. We accept this was our big mistake and we will ensure such mistakes are not repeated in future https://t.co/TgNS9RsKqb

​The helicopter was brought down a day after a dogfight between the Indian and Pakistani Air Forces after the Balakot aerial strike on 26 February. The chief of air staff said that the IAF lost one MiG-21 and shot down one F-16 of Pakistan.

The ​Balakot strike by the IAF on a suspected training camp of the Jaish-e-Mohammad (JeM) terrorist group was in retaliation for a suicide attack on Indian troops in Pulwama on 14 February. JeM claimed responsibility for the attack on a cavalcade of troops, killing 40 men.

During the press conference, Air Chief Marshal Bhadauria also mentioned the acquisition of French Rafale fighters and Russian S-400 Air Defence Missile System saying it would further bolster the capability of the IAF.

​India signed an agreement in 2016 with the French government and Dassault Aviation of France for the acquisition of 36 multirole fighter aircraft in fly-away condition at a cost of over 7.8 billion euros. Rafales are capable of carrying a range of potent weapons and missiles.

New Delhi is also acquiring five S-400 missile defence systems from Moscow at a cost of $5.43 billion, defying threats of US sanctions. India remains a major defence partner for Russia; approximately 58 percent of its arms imports between 2014 and 2018 were sourced from Russia.