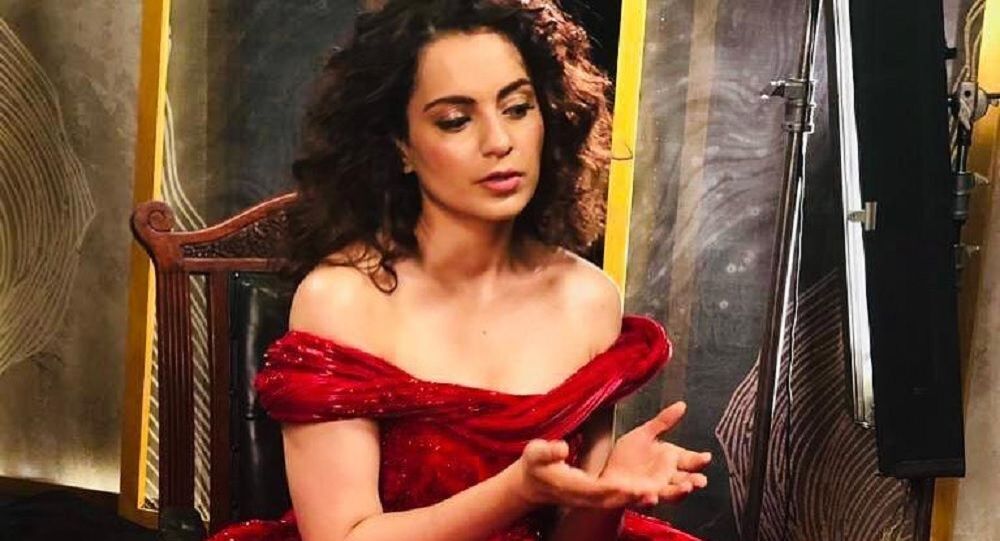 New Delhi (Sputnik): The sister of Bollywood superstar actress Kangana Ranaut, who suffered an acid attack as a teenager, has struck an emotional chord with her social media followers after sharing photographs of herself.

Rangoli Chandel has become popular in Bollywood for fiercely standing-up in support of her superstar actress sister Kangana Ranaut.

Acid attack survivor Rangoli shared gruelling details of the ordeal she had to suffer at the hands of her former partner. She had to undergo 54 surgeries in five years.

It was during her college days in the Indian city of Dehradun that a man threw acid on her face for refusing to accept a marriage proposal.

“Shortly after this image was clicked, the guy whose proposal I refused threw one litre of acid on my face. I had to go through 54 surgeries. Strangely and simultaneously my little sister was physically assaulted and almost beaten to death for what?”, Rangoli said after sharing her picture prior to the acid attack.

Lot of people feeling sorry about the fact that I lost my beauty, honestly when your organs melt before your eyes beauty is the last thing you care about, even after 54 surgeries over a span of 5 years doctors couldn’t reconstruct my ear...(contd) pic.twitter.com/M5MMHVHpOx

Talking about her physical pain and transformation, she said a lot of people feel sorry for her lost beauty, but “honestly when your organs melt before your eyes, beauty is the last thing you care about”.

“I lost one eye had a retina transplant, doctors took skin patches from all over my body and grafted my one breast which was severely damaged. During breastfeeding Prithu I felt many complications,” said Rangoli who is now married with a baby.

(contd)....even now I can’t stretch my neck sometime itching in grafted skin is so bad that I wish I was dead... shockingly acid victims numbers are very high in India, the culprit was out on bail within a few weeks, it was too painful to see him roam around freely...(contd)

Rangoli’s story touched the hearts of her followers, who were full of praise of her courage, with many of them saying she looked even more beautiful than her sister Kangana and other actresses.