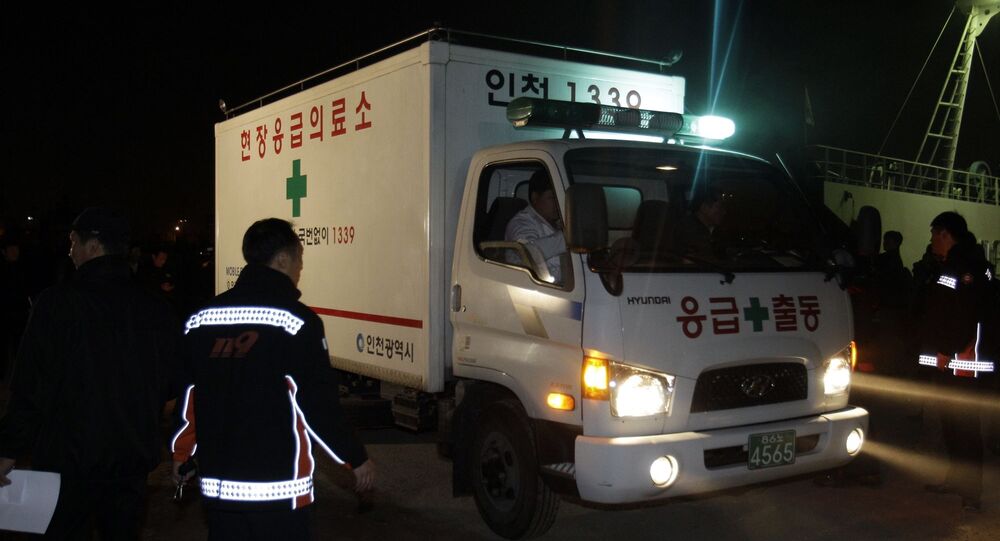 The Yonhap news agency reported, citing the National Emergency Management Agency, that the majority of those who died due to the rainfall were seniors buried under buildings destroyed by landslides and those who were swept by torrential flooding.

In the city of Pusan, located in the south of the country, the authorities are carrying out a search and rescue operation clearing the debris of a building swept by the flooding. The authorities believe that four people had been buried under it.

Up to 500 millimeters of rain has fallen in South Korea’s eastern regions where multiple buildings have been flooded. Bus traffic has been stopped in the city of Gangneung, which hosted the 2018 Winter Olympics. Electricity supply has been disrupted across several areas. Rescue workers had to evacuate over 50 people who were locked in their houses and vehicles, while about 1,500 have left their houses for temporary evacuation facilities earlier.

A tourist train derailed in the east of the country due to the landslides. The rains destroyed roads in the area. In the south of the country, over 100 houses were flooded and five houses were destroyed. Moreover, over 1,000 hectares of South Korea’s agricultural lands have been flooded.

Typhoon Mitag left the Korean Peninsula early on Thursday, however, the rains are continuing throughout the day. Air traffic in the area has been resumed, while vessels are still prohibited from going to the sea.

Typhoon in Japan Results in 30 People Injured, 60,000 Houses Left Out of Power - Reports