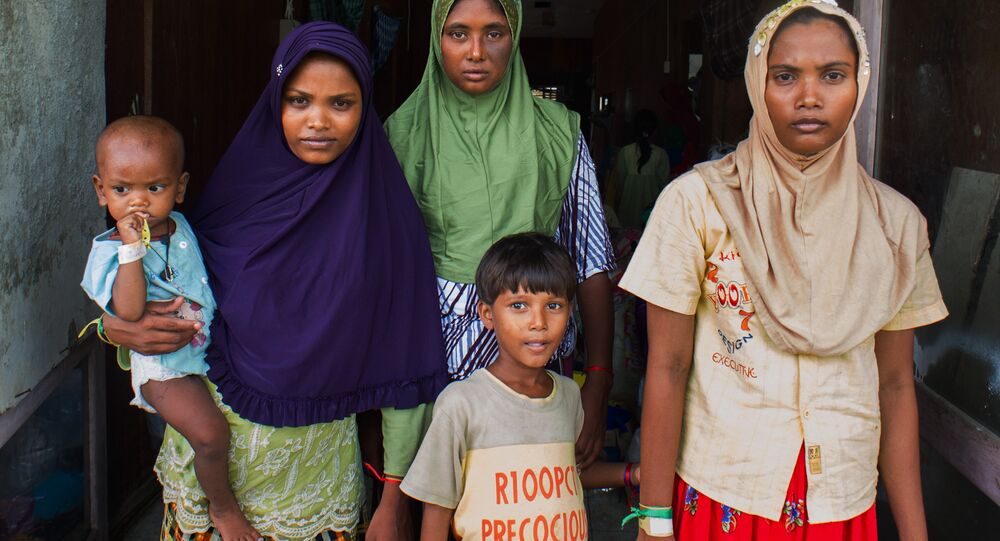 New Delhi (Sputnik): Last month, India’s northeastern state of Assam published a citizens list based on a recent census, the first since 1951. Those who do not qualify as residents (an estimated 1.7 million people, mainly Muslim immigrants from Bangladeshi) will have to leave the country.

Indian Home Minister Amit Shah on Tuesday called on the ruling Bharatiya Janata Party workers to reach out to every resident in West Bengal state and explain the Central Government’s objective behind the Citizenship Amendment Bill and the National Register of Citizens (NRC).

Addressing thousands of BJP party workers in West Bengal, Shah said: "Mamta Di (West Bengal chief minister) is lying that Hindus, Sikhs, Jains, Christians, and Buddhists will have to leave if NRC comes to West Bengal. But no such thing will happen. Bengalis are being enticed with this lie."

"We will ensure that it (NRC) is implemented in the State, and all intruders are sent back to their right place," he said.

Stating all the Hindus, Sikhs, Jains, Christians and Buddhists who have come to India will get Indian citizenship and rights, Shah said: “As far as NRC is concerned, we will not let any intruder in India, we will throw them out. No country can take the burden of these many outsiders. This is for the security of the country."

No country in the world can run smoothly with the weight of so many intruders, he said, adding:  "Mamata Di is saying she will not allow NRC to happen in Bengal. I'm telling you that we will not allow even a single intruder inside India. We will expel all of them."

Commenting on the abrogation of Article 370 and its link to Bengal, the Indian Home Minister said Bengal and Article 370 go back a long way because hailing from Bengal, Syama Prasad Mookerji waged the first war against Kashmir's special status and gave his life for the abrogation of the Article.

The list is based on a recent census, the first since 1951. Those who do not figure in the list (an estimated 1.7 million people, mainly Muslim immigrants from Bangladesh) will have to leave the country.