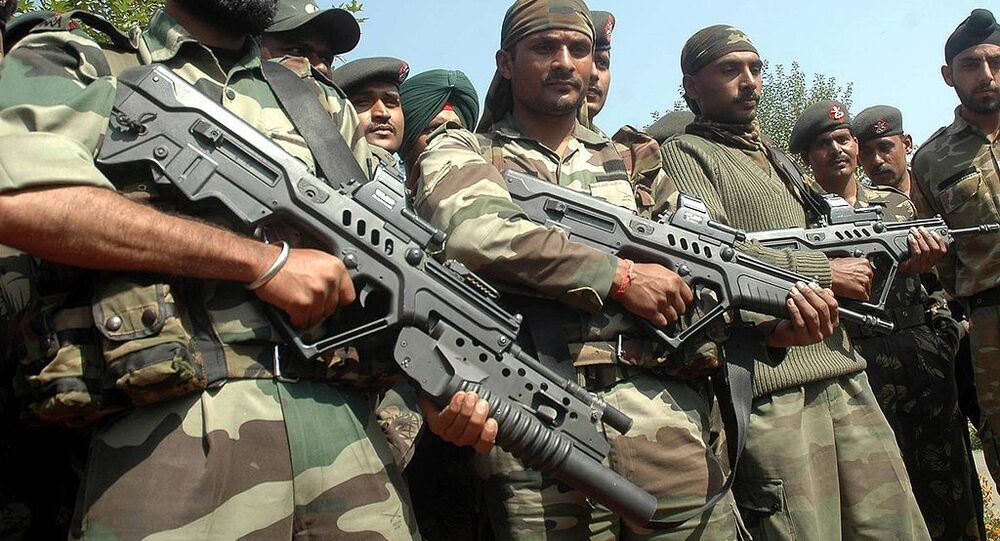 Indian Army, Air Force, and Navy commandos took part in "Operation Smelling Field" to fine-tune their counter-terrorism skills and other drills in anticipation of receiving orders from the central government to undertake possible surgical strikes on terror training camps and launch pads located across the border in the near future.

​Special forces commandos practiced counter-terrorism operations and other drills for a week in simulated environments that could emerge while countering terrorists.

"There are important Air Force and Army bases in and around the town of Naliya which is a part of Kutch district. The exercise was conducted in Gujarat to test the team’s skills", said Indian defence sources speaking on condition of anonymity.

After the success of the drills conducted over the weekend, the defence sources confirmed that the Special Operations Division will undertake more such exercises in the near future.

The Armed Forces Special Operations Division (AFSOD) is currently led by Major General Ashok Dhingra. He is the first chief of this commando force.

Future plans include tighter integration of the three Special Forces to reduce costs of training, logistics, and administration. Prior to the first war games, the three special forces functioned independently. A decision has now been taken to make the AFSOD the nodal command and control point for all three commando structures.

Following a series of crippling terror strikes in India between 2016 and 2019, the tri-services Armed Forces Special Operations Division was created in May this year to sharpen military operational capabilities in both conventional war and in anti-terror operations. The division’s mandate is to train for lethal surgical strikes and cross-border operations.

The Indian government’s Committee on Defence Management had recommended the creation of such a force in 2012. It said at the time that there was a need for selecting personnel from the Army’s Special Forces, the Navy’s Marine Commando unit, and the Air Force’s Garud unit for a tri-services special force, The Print, a digital news platform, said in a recent report.

The committee had also recommended setting up a Cyber Command and a Space Command to strengthen India’s national security further in order to address emerging challenges.