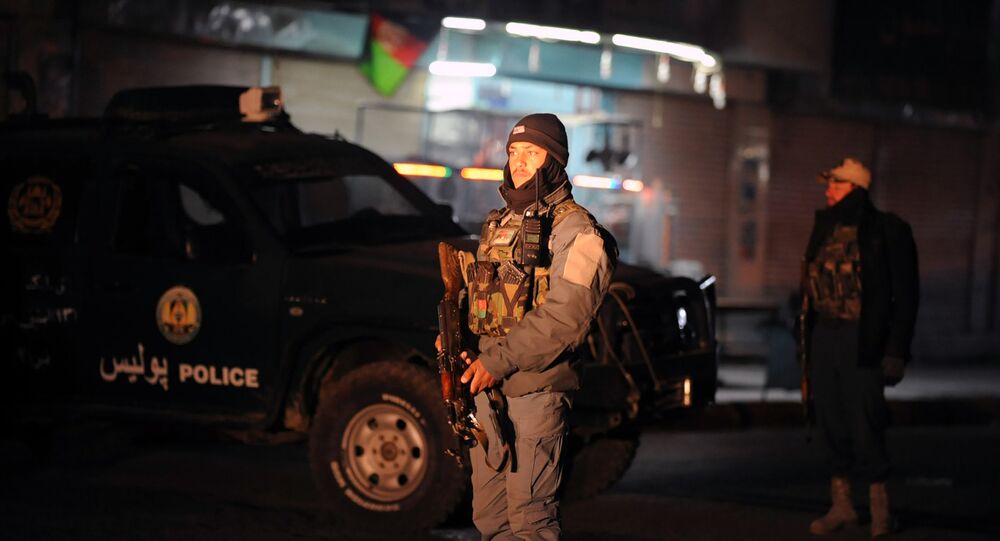 Elections in Afghanistan kicked off this morning, with the government dispatching 72,000 security officers to protect voters amid threats from the Taliban movement.

According to Reuters, citing a local government official, three people were injured in a blast near a polling station in Kandahar mere hours after the start of presidential elections. In the meantime, AFP reported, citing a hospital official, that the explosion wounded 15 people.

As of now, no organisation has claimed responsibility for the attack.

Soon after the incident, a separate blast hit a polling centre in the Afghan capital of Kabul. No casualties were reported, but authorities have stopped voting to secure the area. At the same time, another bomb attack killed one person and injured two others at a polling station in Amarkhil high school in Nangarhar Province

© REUTERS / OMAR SOBHANI
Damaged cars are seen at the site of a suicide attack in Kabul, Afghanistan September 5, 2019

Commenting on the situation, Kandahar Governor spokesman Ahmad Baheer Ahmadi said that "31 bombs were discovered and [subsequently] destroyed" across the province a day before.

Earlier in the day, 4,900 our of 7,000 selected polling stations opened across the country for around 9.5 million voters, who had registered to cast their ballots.