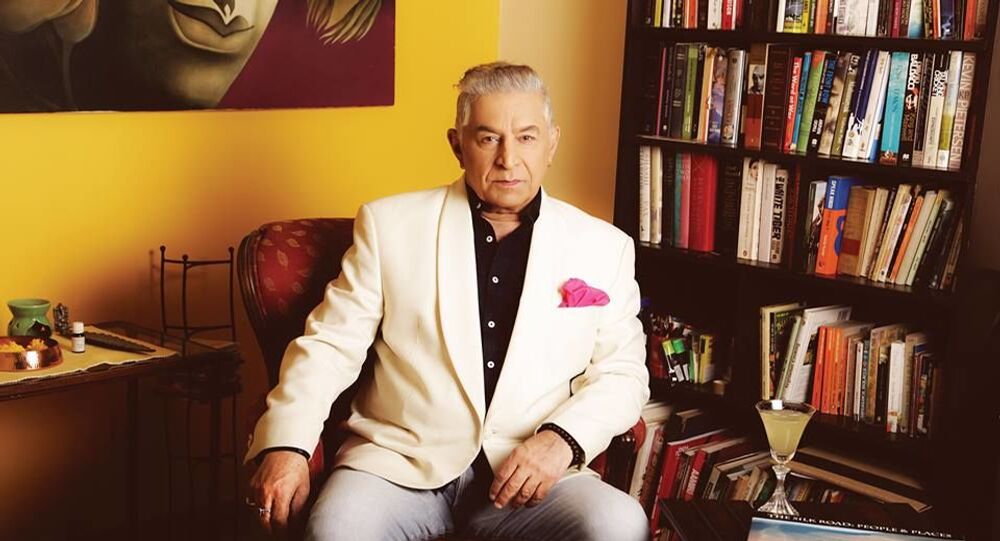 Sharing his experiences as one of the first Bollywood stars to shift from the big screen to OTT and web series formats which cater to the entertainment demands of Indians in the 21st century; senior Bollywood actor Dalip Tahil says that for artists, web series are a bonus and the place to be today.

"Web series have come as a boon for actors. The characters that are written for web series in India come with an international kind of interpretation, the kinds I have never done in movies," Dalip, who has been in the Indian film and television industry for around 45 years, told Sputnik.

Before his successful move into the web series genre, the veteran actor had shared space on the silver screen with B-town biggies including Amitabh Bachchan, Shah Rukh Khan, Salman Khan, Aamir Khan, Juhi Chawla, Kajol, Vidya Balan and Akshay Kumar among others.

"As a platform, web series give character-actors a lot more time than films to grow into their roles. The format gives them more space and screen time, allowing the actor to establish the character better as the story matures," Dalip shared while elaborating why senior actors must give web series a try.

"The deeper your character gets, the more chances it has of appealing to the audiences at large."

In the last 18 months, Dalip has featured in five OTT-exclusive series for Netflix, Amazon Prime, Hotstar and Zee5.

Emphasising how refreshing it has been for him, so far, to feature in web series, Dalip said it has been rather exciting to work with the new breed of actors, directors and writers.

"The only thing that may need a little getting used to is the changing way a story is told. The storytelling technique for the web series style is fresher, newer and different," the actor added.

Many shows and movies that are being produced exclusively for Indian OTT platforms have come under scrutiny for showing nudity, abusive language and violent content, despite being accessible for all smartphone-owners.

Until now, nine OTT platforms including Netflix, ALTBalaji, Hotstar, Voot and Eros Now, among others, have voluntarily adopted a self-regulatory "Code of Best Practices" in India.

However, speculations making the rounds on social media suggest that the Ministry of Information and Broadcasting (I&B) in India has decided to draft a certification model for online streaming platforms.

Talking about the certification and censorship of content on OTT platforms, Dalip said that the language of screenplays for web series is made to be very relatable and very direct.

"I don't think in a democracy there should be censorship to add suppression to freedom of expression. Certification works better. Earlier songs represented the scenes you visually see now. The lyrics of the songs told you all about the degree of love and the relationship," the actor said.

According to Dalip, this outburst of strongly-worded expressions and the vivid visual representation of incidences or situations is just an outburst after being kept suppressed for so long.

"You know, when you suppress somebody for such a long time, they tend to burst out. So there is a lot of strong language because that's how people talk these days. It's just what we see in our everyday life. I think, after some time it will tone down."

Born to an ex-Chief of Navy Staff in the state of Uttar Pradesh in India, Dalip's foray into the entertainment industry began with a background in English theatre.

Before he signed his first film in 1974, Dalip was a total outsider to the Hindi film industry.

"The beauty of OTT platforms and newer scripts is that they are giving more and more fresh artists the chance to experiment with their art," Dalip said.

"There are no outsiders in the entertainment industry. We are all part of one fraternity in which people come from various backgrounds, and somehow it accommodates everyone that is good enough. It is the most democratic place to work," he added.