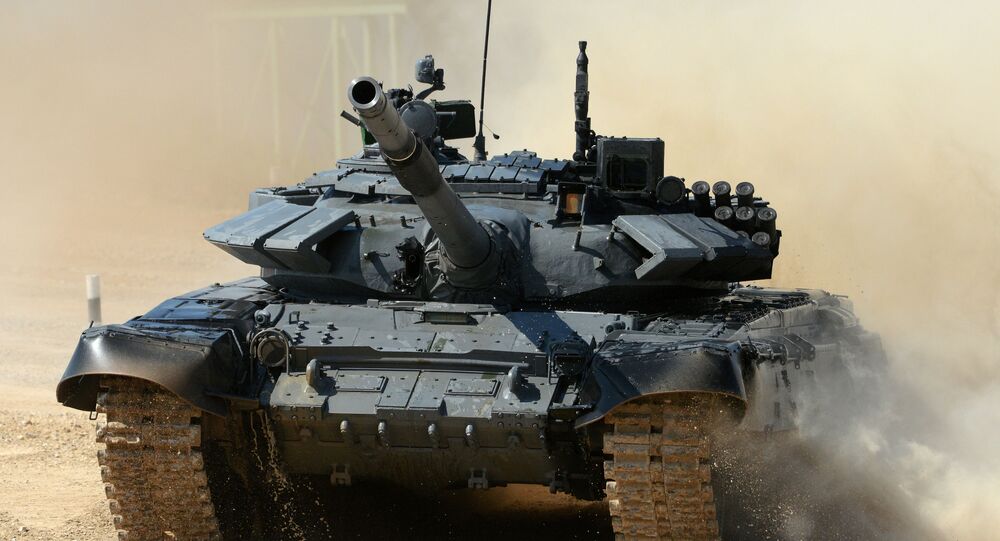 New Delhi (Sputnik): The Indian Army will soon equal the capability of China and Pakistani military tech in the use of round-the-clock armoured warfare. In a demand to do away with the night blindness of Indian tanks, a new armoured vehicle was proposed to increase New Delhi's fighting capability.

Army’s quest for longer range night vision devices was met, when a state-funded Defence Lab developed Thermal Imaging Night Vision Devices for T-72 tanks. Defence Research and Development Organisation (DRDO) has supplied around 300 Night Vision Devices while 2000 more are being produced. These devices have a vision capability of upto three kilometers in night to the troops, which have been facing night blindness in the absence of such a device.

“We are working on such devices even for the tank commanders and drivers of T-90 tanks,” a DRDO official quoted as saying by The New Indian Express.

Another 1200 such devices for T-90 tanks will also be delivered to the army very soon. Sources said currently these tanks have night vision devices of Israel origin, which has a vision capability of over two kilometres. The original night vision device of the tank was 300 metres.

Over the last two years, the Indian Army has started to strengthen the infantry’s night fighting capabilities, by scouting around $3 billion worth thermal imagers for rifles, machine guns, recoilless rifles/rocket launchers, handheld devices, tanks and others.

Indian Army has aimed to equip its T-90 tanks with uncooled thermal imager-based driver’s night sight with fusion technology to assist the driver to operate the tank during night also. The Army plans to replace the entire existing image intensifier sights used in T-90 tanks by 2021.

Almost 2,500 T-72 tanks are currently in service of Indian Army, which need to be replaced by year 2020, but the delay in development of indigenous main battle tank Arjun MK II has forced Army to increase its dependence on T-90s. Now, India plans to induct more than 1,600 T-90 tanks by 2020 for deployment in western front bordering Pakistan.