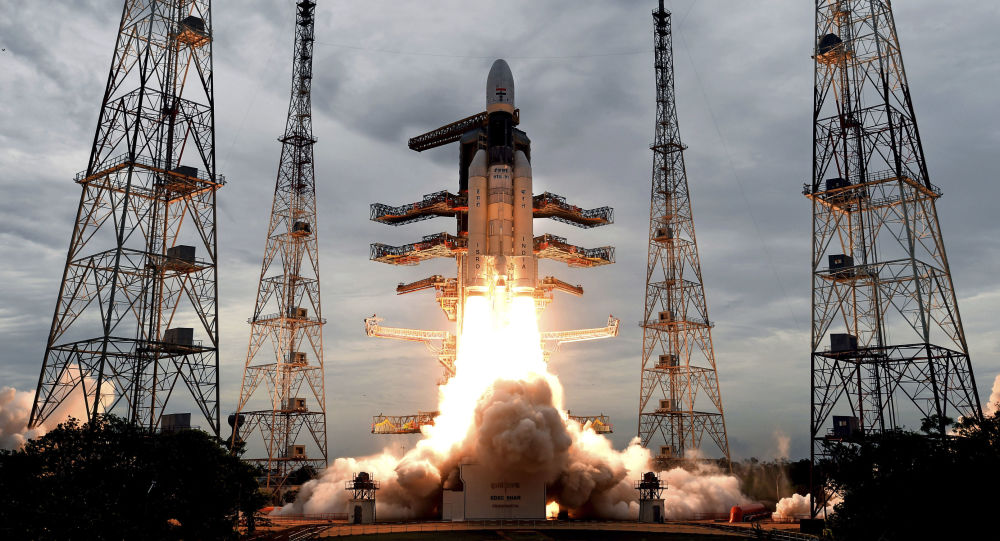 New Delhi (Sputnik): The US National Aeronautics and Space Administration (NASA) has confirmed that India's lunar lander did have a hard landing and that its own moon-orbiting spacecraft could not locate "Vikram" on the lunar surface.

“’Vikram’ had a hard landing and the precise location of the spacecraft in the lunar highlands has yet to be determined,” NASA said on Thursday.

According to the US space agency, the lander could have been camouflaged under the shadows on the moon because they are pitch black due to the lack of an atmosphere.

Our @LRO_NASA mission imaged the targeted landing site of India’s Chandrayaan-2 lander, Vikram. The images were taken at dusk, and the team was not able to locate the lander. More images will be taken in October during a flyby in favorable lighting. More: https://t.co/1bMVGRKslp pic.twitter.com/kqTp3GkwuM

In an official post titled “Obscured in the Lunar Highlands?” NASA said its own “Lunar Reconnaissance Orbiter (LRO)” passed over the landing site and acquired a set of high resolution images of the rugged lunar surface, but could not spot “Vikram”.

The LRO, which has been orbiting the moon since 2009, passed over the probable landing site of the “Vikram” lander on September 17.

NASA said it would again try to capture India’s lunar lander in October as “lighting will be favourable when LRO passes over the site”.

Information about the location where the “Vikram” lander crashed on the moon has been a subject of much anticipation for the India Space Research Organisation (ISRO), as well as other space agencies.

India’s ambitious second Moon Mission – Chandrayaan-2 was launched on 22 July and started descending to the lunar surface on 2 September. While the lander lost contact with the Earth station of ISRO just minutes before the scheduled soft-landing near the South Pole of Moon, its Orbiter is still circling the Earth’s satellite.

Chandrayaan2 was particularly important for India, because, if successful, it would have been the first Indian mission to make a soft landing on the Moon, as well as the first device in the world to land near the South Pole of the Moon.

Some of NASA’s 33 million followers who commented on its Twitter post encircled and highlighted a shiny reflective material on the otherwise matt lunar surface.

​NASA has not replied to those comments as yet.