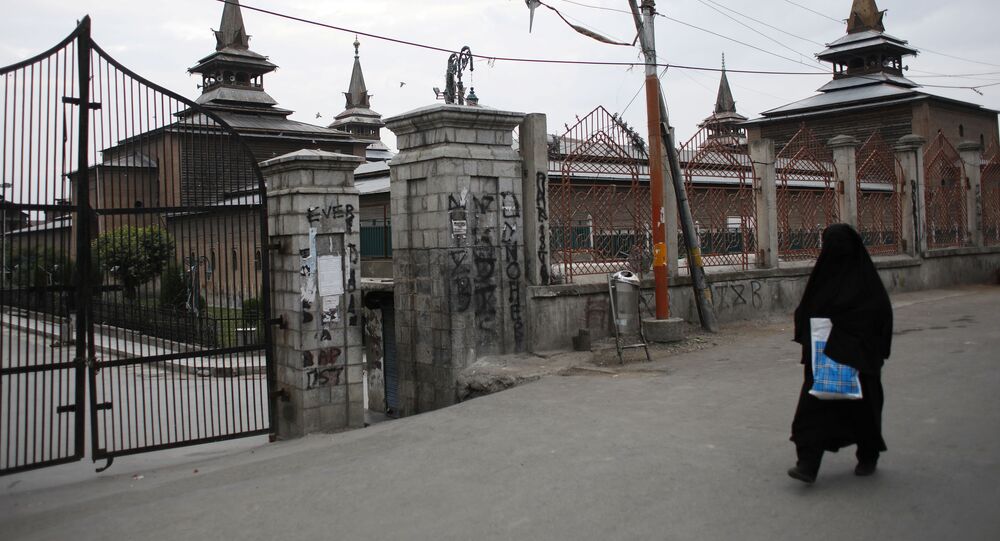 New Delhi (Sputnik): US President Donald Trump, before winding up his UN General Assembly engagement in New York, commented that India and Pakistan are at “very serious odds” and wanted the prime ministers of both South Asian countries to work out a resolution to the vexed Kashmir issue.

The United States has called on the Indian government to curb restrictions on Kashmir that were imposed shortly after New Delhi scrapped the state's decades-old special status last month.

“We hope to see rapid action - the lifting of the restrictions and the release of those who have been detained”, Alice Wells, the acting secretary of state for South Asia, told reporters in New York on Thursday.

Wells said the US had raised concerns on Kashmir “at the highest levels”, adding that President Donald Trump is “willing to mediate if asked by both parties”.

Trump had made several offers since tensions escalated in South Asia following New Delhi’s decision to strip the restive Jammu and Kashmir of its special status in early August. New Delhi has, however, rejected these, saying it is an internal matter of India and that there was no role for any third party.

Kashmir has been a major stumbling block in relations between India and Pakistan ever since they became independent from British colonial rule in 1947. Both control part of Kashmir, but claim in full.

Tensions between the nuclear-armed neighbours escalated in the first week of August after New Delhi revoked Articles 370 and 35A, which granted semi-autonomy to the disputed region of Jammu and Kashmir and brought it under direct governance of the federal authorities. The state was also divided into two federally administered territories.