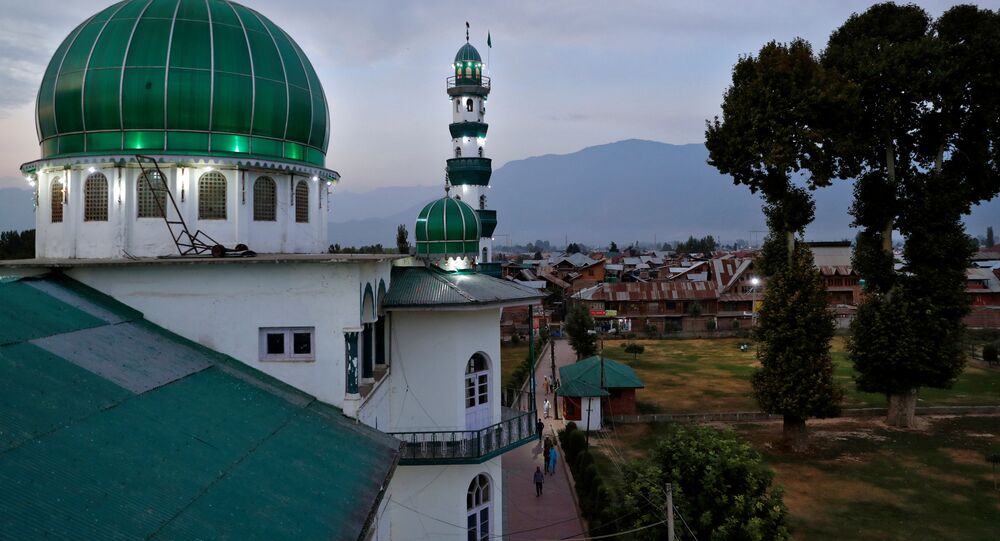 New Delhi (Sputnik): India’s Jammu and Kashmir government, following New Delhi’s decision to strip the state of its special status, took leaders of regional political parties into preventive custody. The ruling Bharatiya Janata Party (BJP) blamed the detained leaders for embezzling federal grants intended to be spent on the welfare of the people.

BJP’s National General Secretary in charge of Jammu and Kashmir, Ram Madhav, accused the regional leaders of having “one foot in separatist camp and one in the Indian camp”.

In an interview with Sputnik, Madhav said his party feels that a political vacuum in the state needs to be filled, as even national political parties have no foundation in the Kashmir valley.

“We feel that an alternative which is committed to the grass-root development, good for the ordinary Kashmiris, whose only agenda is the development of the state and the region, is the need of the hour. We will certainly do whatever is in our hands to address an alternative political process there,” Madhav told Sputnik.

Madhav noted that the security crackdown and communication blockage was done in keeping with the interests of ordinary Kashmiris. He added that currently, the priority of the government is to undertake large-scale development activities, especially in the Kashmir valley, where, he asserted, people have been victims of separatists for many decades. They have been denied basic human rights, he claimed, as well as developmental rights and political rights.

Madhav declared that Kashmiri Hindus and Pandits have been denied political and human rights, as well as having been made refugees in their own country and in their own state.

“It is the duty and responsibility of our government to facilitate their honourable and secure return to their homes in the Kashmir valley. We will do everything possible to create an atmosphere where the refugee Hindus can go back. That is the challenge before the government in the coming days,” he stated.

The Kashmir valley had some 150,000 Hindus, commonly referred to as Pandits, who left their valley homeland during the 1990s, persecuted and threatened by radical militants. Many Pandits moved to relief camps in the Jammu region and in other parts of the country.

Kashmir has been a bone of contention between India and Pakistan since the two nations were created following the collapse of British colonial rule in 1947. Both nations control parts of Kashmir, but claim the entire territory in full. The two nation-states have fought three wars against each other since 1947, two in Kashmir.