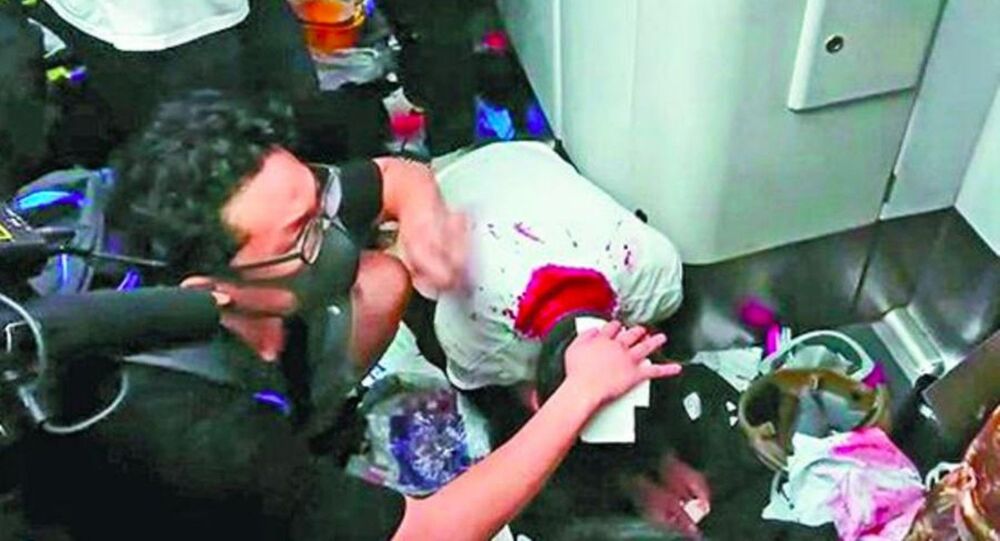 The father of a student who was allegedly beaten by Hong Kong police late last month has filed a lawsuit against authorities in hopes of discovering the motivation behind the attack that is rumored to have resulted in several deaths.

Since the incident, the raptors, whose unit was formed to arrest and control demonstrators during the 2014 Umbrella Revolution, have come under fire, as authorities reportedly attacked innocent commuters and were unable to give an accurate initial count of those injured. The discrepancy in reporting prompted rumors of three individuals being missing or even dead.

Though Hong Kong emergency services officials said “there were no deaths,” as reported by the Sydney Morning Herald (SMH), the officers’ refusal to allow members of the press to enter the MTR and the lack of CCTV footage of the station during the operation fanned the flames of distrust.

Nearly a month later, an Asia Times report revealed the father of a student under 18 years old is seeking answers and payment for his son’s personal injuries, loss and damages suffered due to the alleged “assault and negligence” by the raptor unit.

According to the lawsuit, the father is also calling for Police Commissioner Stephen Lo Wai Chung to pay punitive damages.

The student, identified only by his surname “Lee,” and three others sustained major injuries after raptor officers boarded the subway train and proceeded to bash them with batons, according to Ming Pao Daily. After two hits to the head, Lee, who did not have a face mask, lost balance and fell onto a train door before being struck a third time.

Lee told Ming Pao that he received aid from a first-aid volunteer while the train traveled to the Yau Ma Tei MTR station. After arriving at the hospital, the student had to get his head shaved so doctors could address three wounds with a total of 14 stitches. Lee spent nine days in Kwong Wah Hospital to recover from a combination of head injuries and blood clots in his shoulder, knee and leg.

While the father is seeking compensation through the lawsuit, he says the primary motivation for the suit is to understand what warranted the level of violence that occurred on August 31.

In addition to several serious injuries, the SMH reported that police Senior Superintendent Yu Hoi Kwan revealed that 53 people were arrested in total, with the youngest individual being a 13-year-old child.