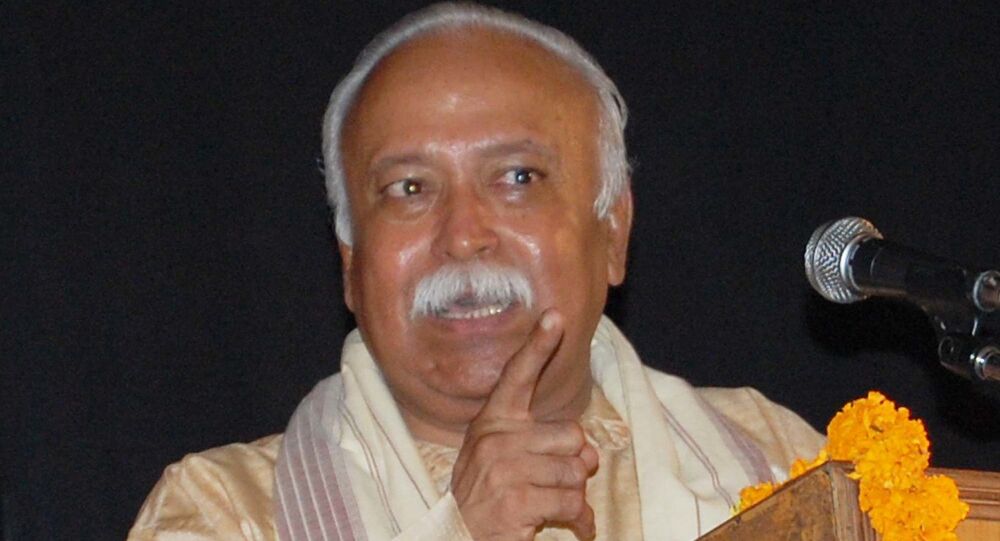 RSS Chief Dr. Mohan Bhagwat has attempted to dispel the group's image as an "anti-minorities" organisation, saying it had no enmity towards any religion or society. Bhagwat's comments came during a press conference with the international media.

Bhagwat said that although the majority of Indian Muslims and Christians are descendants of Hindu ancestors, his organisation does not want anyone to return to the Hindu fold against his or her will. He added that RSS is a non-violent organisation, despite Muslim leaders blaming both it and the BJP for mob lynchings.

“Incidents of mob lynching aren’t going to stop because BJP and RSS have increased the sense of hatred against Muslims. They have successfully created a mindset where Muslims are seen as terrorists, anti-nationals and cow slaughterers,” Asaduddin Owasi, Member of the Lower House of the Indian Parliament, the Lok Sabha, said, following the killing of a Muslim youth in the eastern state of Jharkhand in June.

Bhagwat strongly denied such accusations saying "If a volunteer is found guilty [of mob lynching], we will disown him and the law should take its own course."

“We don’t have any influence, we don’t want to influence. RSS abhors being an alternative power centre,” said Bhagwat. “We do not discuss policies with the government. Government works in the constitutional framework. If they want our opinion, we give it.”

RSS is the largest voluntary organisation in the world with four million regular volunteers. Its educational wing – Vidya Bharati runs one of the largest private networks of schools in India – 12,000 schools with 32 million students.  Its volunteers, spread out through 55,000 primary units, are also involved in rescue and relief operations during natural disasters.