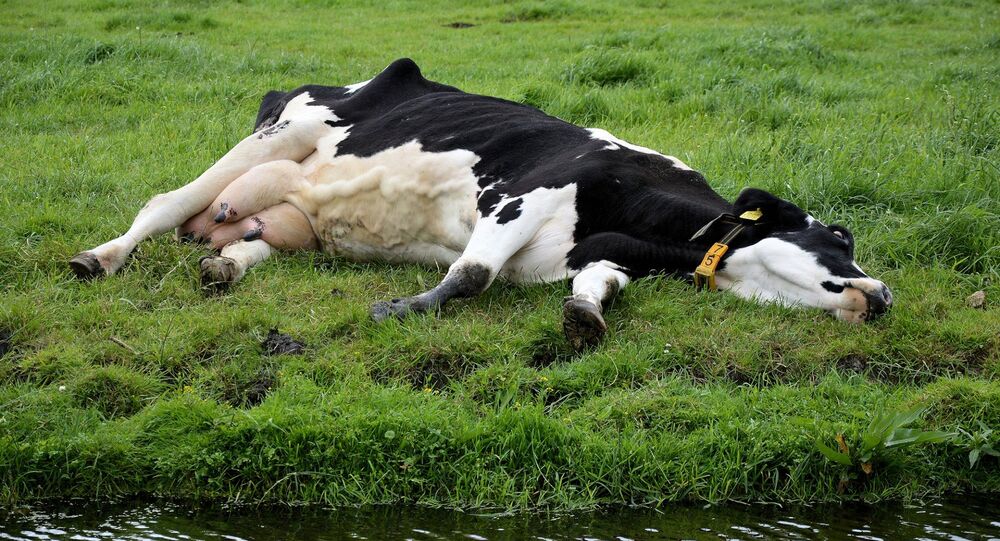 New Delhi (Sputnik): A physically challenged man was killed and two others were seriously injured in an Indian village by a mob which suspected them of slaughtering a cow, police said on Monday.

The incident occurred on Sunday in the Indian state of Jharkhand’s Khunti district after some residents allegedly found the three men, Kalantus Barla, Fagu Kacchap and Phillip Horo carving meat out of the carcass of a cow, according to media reports.

Police have detained five suspected persons for allegedly attacking the three men. Outraged over the detention, residents surrounded the police station and started demanding their release.

“Five persons have been detained and a preliminary investigation has found their involvement in the incident. The process of identification is ongoing,” Indian news agency PTI quote a police official as saying.

Police also said that no carcass was found during inspections of  the crime scene.

Barla reportedly succumbed to injuries while being taken to hospital while the other two are undergoing treatment at hospital.

The latest incident has come following various similar incidents of lynching by vigilante groups, evoking condemnation by the top court of India.

In one such incident, the lynching of Pehlu Khan grabbed headlines after an Indian court acquitted all six people accused in the case in 2017. The 55-year-old dairy farmer from Haryana state was allegedly killed by a group who were against the killing of cows.