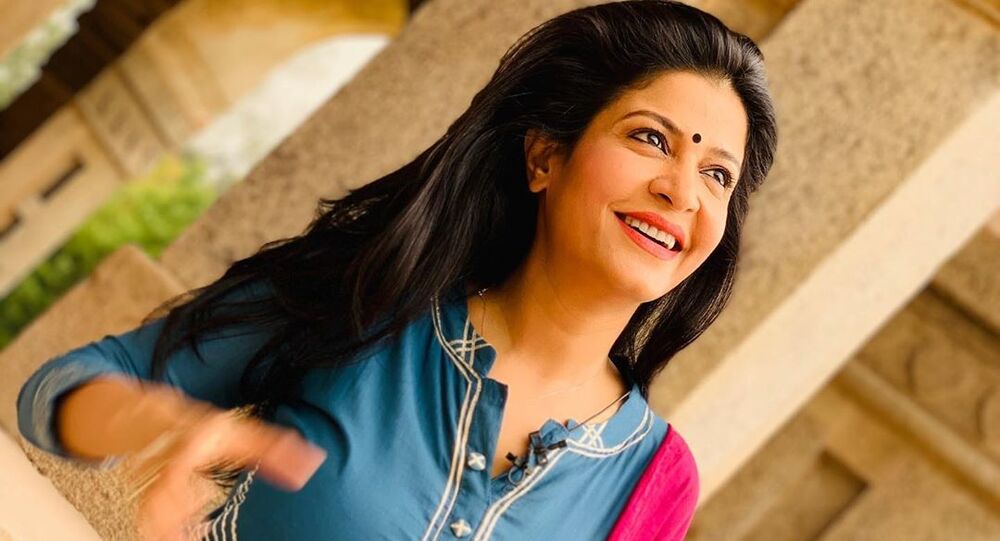 New Delhi (Sputnik): A popular Indian news anchor had to apologise after a live mic caught her off-air remarks about two prominent politicians. Her remarks were broadcast and the video went viral on social media.

Kashyap had to issue an apology and clarify her comments that not only ridiculed Thackarey but also appeared to be poke fun at Rahul Gandhi, who recently resigned as Congress party president after the party won just 53 seats in the 524-member parliament.

"My remark on Aditya Thackeray which is being spread with malice was out of lapse of judgment. I regret it. This, by no means, reflects the views of the channel or the network," said Kashyap in a tweet.

My remark on Aditya Thackeray which is being spread with malice was out of lapse of judgement. I regret it. This, by no means, reflects the views of the channel or the network.

Her comment also drew a sharp response from Shiv Sena leader Priyanka Chaturvedi, who asked her to focus on journalism instead of predicting the future like a "parrot on the street."

Also, its ok to call others Pappu or speak about their intelligence. But not knowing you’re on air, after decades of working in that space and voicing your ‘expert’ views definitely exposes your ‘intelligence’. Just saying.

Her gaffe also evoked a sharp response from netizens who mocked her online.

Dear @DishTV_India kindly help me to unsubscribe @aajtak news Channel.
I don't want to watch such a cartoon @anjanaomkashyap on news channel..#AnjanaOmModi

#AnjanaOmKashyap's apology to Shiv Sena -- that's what it is -- is the latest example of her spinelessness.
In June this year, she heckled a doctor in Muzzafarpur during the deadly AES outbreak. Something she should have apologised for but didn't. https://t.co/b5AzN299d5

#AnjanaOmKashyap .if it is right video then very sadful & shameful @anjanaomkashyap on you. As a true media reporter you should be unbiashed. This type of views have negative impact on people's faith on media. I request @aajtak to take action against her and spread love and faith https://t.co/1p7wlNQJQG

Previously, Kashyap was widely criticised for entering a hospital and interrupting doctors while they provided aid to children suffering from Acute Encephalitis Syndrome in Muzaffarpur, Bihar.