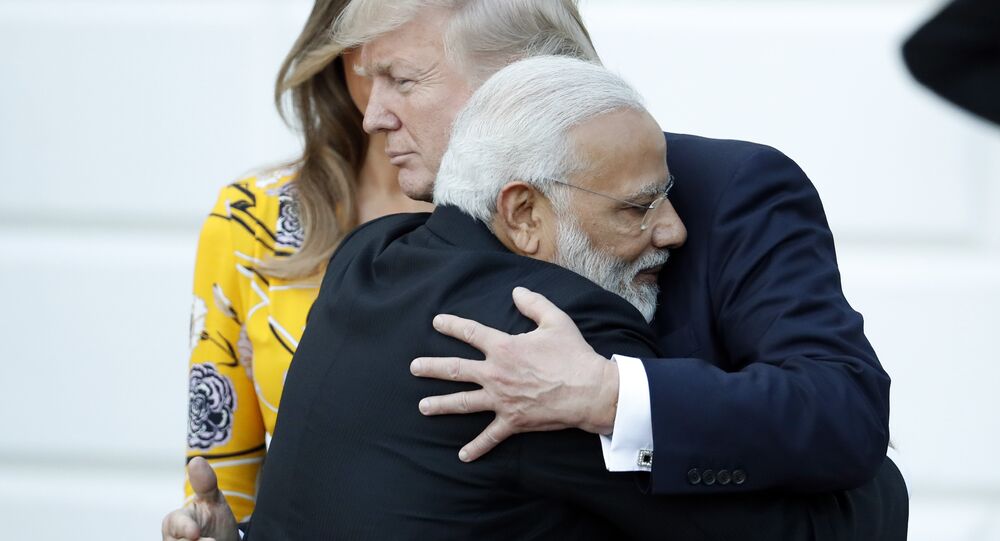 New Delhi (Sputnik) It was a historic event at NRG Stadium in Houston, Texas, where Indian Prime Minister Narendra Modi, accompanied by US President Donald Trump, addressed a massive gathering of the Indian diaspora.

"Mr. President, you had introduced me to your family in 2017 – and today, I have the honour to introduce you to my family", Modi said as he welcomed Trump to the gathering, pointing to the large gathering of Indian-Americans. "Over a billion Indians and people of Indian heritage around the globe...I present you my friend, a friend of India, a great American President Mr. Donald Trump", he told the thunderous crowd.

Modi in his welcome speech described Trump as a "true friend in the White House". He said Trump's presence at the rally was a testimony to that and Trump agreed in his speech, saying "you never had a better friend at the White House than Donald Trump".

Trump suggested that the relationship between India and the US is stronger than it ever was before. He said in the United States and India, the world was witnessing something remarkable. "Our people are prospering like never before. We are slashing bureaucracy from job-killing red-tape", the US president stated.

Trump in his speech listed his achievements in areas such as employment, the economy and the energy sector. "Our economy is breaking one record after another", he claimed.

"At the same time, we are working to expand American exports to India, one of the world's fastest-growing markets”, he added.

It was attended by representatives from 48 US states and had a packed stadium. The live audience was the largest ever gathering for an invited foreign leader visiting the United States other than the Pope, according to the organisers. It was the first time an American President addressed such a huge Indian-American audience at one place in the country.