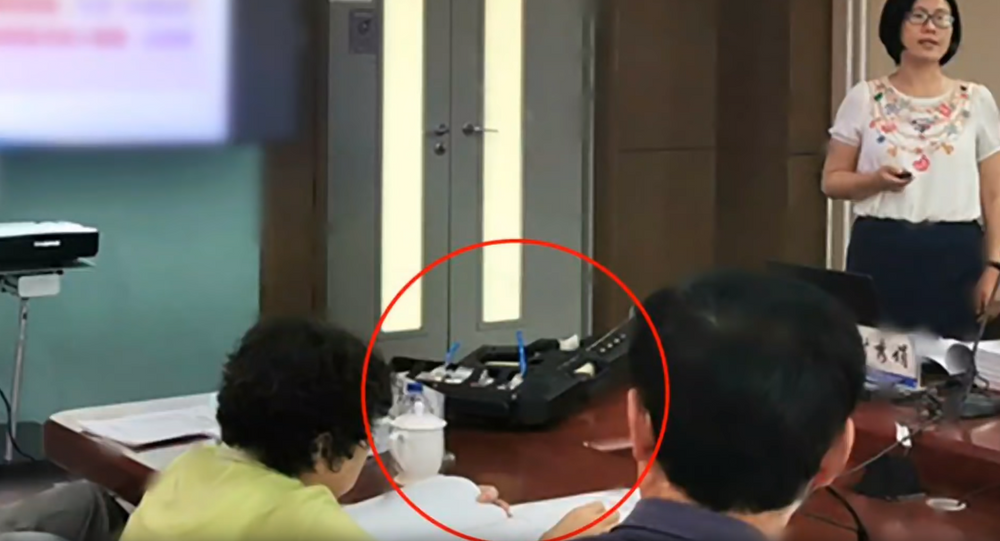 Researchers with the Chinese Academy of Sciences announced earlier this week that they had concluded a government program on portable sonic weapons and that mass production of the devices, the first of their kind, can now begin.

Earlier this month, Professor Xie Xiujuan, from the academy’s Technical Institute of Physics and Chemistry, met with government officials and a panel of engineers and scientists in Beijing to discuss the department’s development of a new sonic weapon that is reportedly intended to aid in crowd control, according to the South China Morning Post (SCMP).

The device itself resembles a rifle and has a barrel, stock and trigger that, when pulled, activates the inert gas within the weapon’s chamber with heat, producing a low frequency, monotonous sound that reverberates throughout the immediate area.

According to 2011 research from the University of Gothenburg, low frequency sounds can cause a number of ailments such as headaches, unusual tiredness, lack of concentration, irritation and pressure on the eardrum.

According to a September 4 decision by the panel attendees, the weapon will now enter into mass production.

“The panel suggested that the fruit of the project should be transformed into practical equipment as soon as possible,” the academy said, as reported by the SCMP.

Despite the timing of the event in relation to demonstrations in Hong Kong, the outlet asserts that its unlikely that the two are related, as the program began in 2017. Furthermore, Xie refused to comment on the device’s specific frequency or the range of the sonic waves. Similarly, no additional details were provided on the weapon’s intended use in the near future.

However, it may not be outside the realm of possibility that police officers in mainland China or Hong Kong will receive the sonic weapons to expand their crowd control arsenal. Last month, Sputnik reported that the Hong Kong Police Force’s Police Tactical Unit deployed two of its rarely-seen Mercedes-Benz Unimog U5000 4x4 trucks onto the streets of Mong Kok following a demonstration.

Though the vehicles only patrolled the area, the $765,300 Unimogs are fitted with their own sonic cannons, or “Long Range Acoustic Devices,” that have a range of up to 300 meters. Despite their size, however, authorities claim that the sonic cannons will not cause hearing damage when used properly. It’s unclear whether the same can be said about the new portable sonic devices.