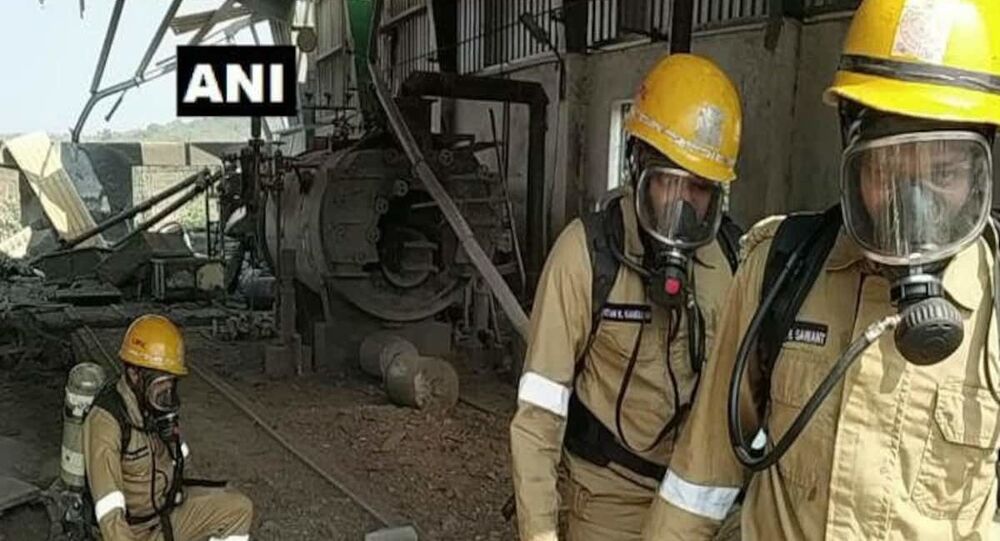 New Delhi (Sputnik): Residents of India’s commercial capital Mumbai pressed the panic button when they smelled a pungent odour, purportedly due to an unknown gas leak. The civic body and the natural gas supplier received several complaints from different regions about the "gas" leak on Thursday night.

Both the civic agency – Brihanmumbai Municipal Corporation (BMC) and Mahanagar Gas Limited (MGL) pressed their emergency services to locate, if there was any leakage from the distribution network of MGL or from any factory in the city.

“We have received complaints from citizens about odour from some unknown gas in eastern and western suburbs. MCGM has mobilized all concerned agencies. 9 fire engines have been mobilized at various places to find out source of leakage", said BMC in a tweet.

We have recieved complaints from citizens about odour of some unknown gas in eastern and western suburbs. MCGM has mobilized all concerned agencies. 9 fire engines have been mobilized at various places to find out source of leakage. For any queries, please call 1916 #MCGMUpdates

​MGL said they have not come across any “breach in our pipeline system which could result in leakage of gas”.

Since late evening, MGL has been receiving complaints of gas smell from various parts of Mumbai. Our emergency teams spread out to sites from where complaints were received. So far, we have not come across any breach in our pipeline system which could result in leakage of gas.

​Residents from different areas of the city and its suburbs like Marol, Powai, Gatkopar, Vile Parle, and Kandivali reported the smell of some unidentified gas. Many took to Twitter to call for help.

Some major gas leak in Mumbai. Thought it was a leakage in Marol. But now people in Powai,Ghatkopar,Vile Parle and Kandivali too are smelling it! @mahanagargas @mybmc @MumbaiPolice what's happening?
Please look into it.

Strong gas leak smell in all of Mumbai, I can say about Goregaon East and Powai for sure
Please help @mybmc @MumbaiPolice

MAJOR GAS LEAK IN POWAI!!! The responsible authorities @mahanagargas have kept me waiting for MORE THAN 7 MINUTES EACH on 6 calls. Need help!!! The smell of gas has spread ALL OVER POWAI. Irresponsibility of @mahanagargas to respond On time. HELP! @MumbaiPolice @CMOMaharashtra

@MumbaiPolice there is a gas leak smell across all societies of powai and Chandivali ... Hiranandani , rajeja vihar , Nahar everywhere. People are concerned. Please investigate immediately.

​At the time of this report, neither of the agencies - BMC or MGL has been able to identify the source of the "gas leak".

Earlier in September, seven persons were killed in a massive fire at an oil and gas processing plant run by India’s state-run Oil and Natural Gas Corporation near Mumbai.

10-Storey Mumbai Building Up in Flames, 14 Fire Bridages on Site