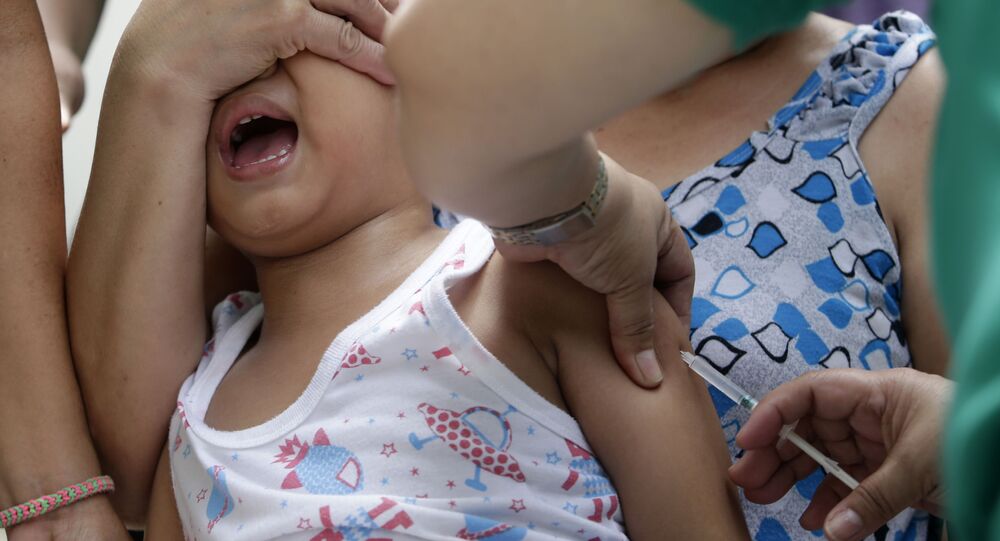 The Philippine Department of Health (DOH) declared a national polio epidemic Thursday after the poliovirus was detected, for the first time since October 2000, in a young girl from Lanao del Sur.

Secretary of Health Dr. Francisco Duque III announced that results from a three-year-old girl’s stool were enough to identify that poliovirus, the causative agent of polio, had returned to the Philippines and prompted the government to issue a declaration of an “epidemic” or “outbreak.”

The country has also been dealing with a dengue epidemic since August 6. The DOH suspended use of the Dengvaxia vaccine in 2017 after it connected the vaccine to complications and even deaths of children.

Back in August, the DOH revoked Dengvaxia vaccine-maker Sanofi Pasteur’s certificate of product registration due to its failure to submit “post-approval requirements,” which are used to ensure public safety.

The government has since taken steps to destroy mosquito breeding areas through methods such as fogging and also has encouraged those in high-risk areas to wear long sleeves and use insect repellent.

A DOH report from last month noted that between the top of 2019 and August 24, an estimated 1,021 individuals have died after contracting the dengue virus. Those between the ages of five and nine are the most affected age group by the virus due to their weaker immune systems.

The Philippines is grappling to stem its worst dengue outbreak since 2012. There have been 271,480 #dengue cases from the start of this year until end of Aug. Almost half of the estimated 1,107 deaths are among children. Two-year old Katelyn Reyes is one of the victims. pic.twitter.com/hZYjVpe43K

“The Dengvaxia issue was one of several factors that led to low vaccine confidence of our people in the village immunization program and increased the vaccine hesitancy among our mothers,” Duque added during the September 19 broadcast with ANC 24/7.

Former Health Secretary Esperanza Cabral has gone on record calling for the country to reverse the ban on Dengvaxia, and she noted that destroying mosquito breeding sites and other related actions are not enough to curb the epidemic.

"It is not a perfect vaccine, but we think that it should be made available to those who need it and can benefit from it," Cabral told Al Jazeera News earlier this month. "This is not normal. We cannot accept the 1,000 deaths related to dengue. With proper treatment, you do not die from dengue."

Measles outbreaks have also increased on the archipelagic country as vaccination rates have declined.

The DOH had previously launched its “Sabayang Patak kontra Polio” campaign on August 19 in Manila, but the entire National Capital Region will now have an additional campaign taking place, sponsored by Rotary Philippines. However, with Dengvaxia fears still fresh in the minds of parents, it’s unclear whether individuals will be open to the vaccinations.

Polio vaccines can be administered orally or by injection, depending on the patient’s age.

In a September 19 release, the DOH noted that the World Health Organization and the United Nations Children’s Fund will work in coordination with the local government to respond to the outbreak and assist with a “series of synchronized oral polio vaccinations to protect every child under the age of 5 years in areas at risk beginning in October 2019.”

“Aside from immunization, we remind the public to practice good personal hygiene, wash their hands regularly, use toilets, drink safe water, and cook food thoroughly,” Duque noted in the press release.