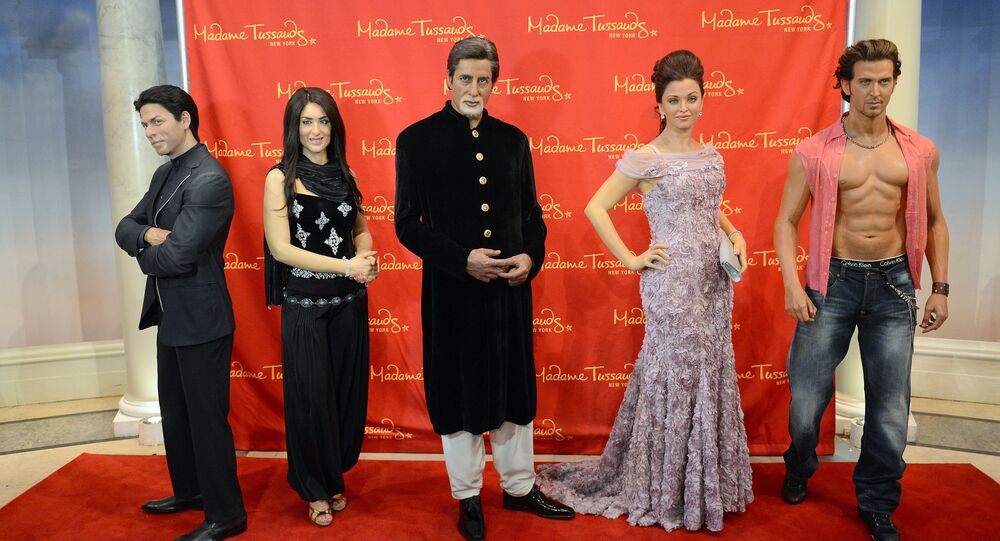 New Delhi (Sputnik): Inspired by his internationally recognised wife and actress Deepika Padukone, Bollywood superstar Ranveer Singh, an icon of outlandish fashion statements in India, will finally make it to the “Tussauds Squad”.

While receiving his second ever “Best Actor” award for his critically acclaimed portrayal of King Alauddin Khalji in Director Sanjay Leela Bhansali’s period drama “Padmavat” at the 20th International Indian Film Academy Awards (IIFA) in Mumbai, Singh announced he is finally getting a statue at famed wax museum Madame Tussauds in London.

The 34-year old “Gully Boy” of Hindi movies was all the more overwhelmed by the honour because his better half has already been “waxified” at the iconic museum.

Thanking his wife for inspiring him to get there, he said, “My wife's statue is the sexiest. Morgan Freeman's statue is my favorite. But well, husband and wife. Boom baby, mera putlaa England mein (my statue in England). Proud Indian."

Padukone’s statue was unveiled at Madame Tussauds earlier in March 2019.

Singh also revealed his mother-in-law Ujjala Padukone had asked him to work extra hard to achieve what her daughter had.