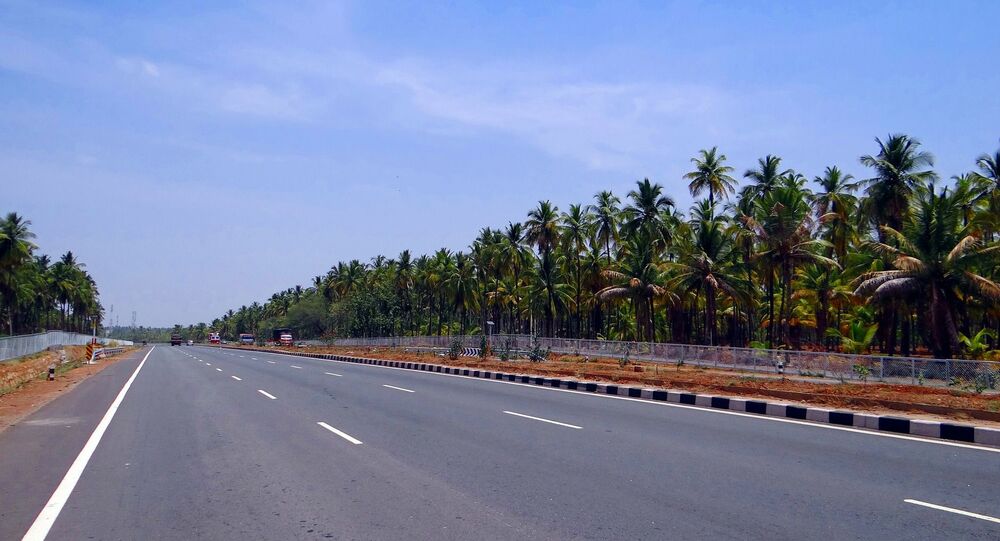 New Delhi (Sputnik): Investors from countries like Australia, Canada, Singapore, and Abu Dhabi have been pumping in millions of dollars in India’s road or surface transport sector in the last two years, according to a report.

Taking advantage of the Indian government’s ambitious drive to attract investment from abroad, firms dealing in private equity, pension and wealth funds located in these four countries have invested between $2.8 billion and $3.5 billion in India’s road sector, Indian daily The Hindu reports.

They have replaced firms like IRB Infrastructure Developers Limited, GMR Group, Dilip Buildcon and Larsen & Toubro, to name a few.

These strategic investors are looking at the long term. “This is not flight capital that is coming,” the daily quoted a Crisil Risk & Infrastructure Solutions representative as saying.

“The central government may be planning an infrastructure investment of about $14.02 billion over the next five years, but there could be a shortfall because of its (government’s) limited share in terms of funding,” he said.

Last month, multinational professional services firm Ernest and Young had reported that in the first nine months of 2019 alone, road deals worth around $1.8 billion have been announced, while in 2018, road infrastructure investment was pegged at $2 billion.

“The road sector is more mature compared to some of the other infrastructure sectors. The sector presents opportunities for investors such as pension funds, which look for predictable cash flows,” LiveMint quoted Subahoo Chordia, head of Edelweiss Infrastructure Yield Plus Fund, as saying recently.

“Foreign investors are more comfortable investing in roads given the mature and well-established regulatory structures as against some of the other infrastructure assets,” Shivam Bajaj, Director of Bajaj Consultants told LiveMint.

Roads, airports, telecom towers, pipelines, power distribution and non-core real estate of government-owned companies are some sectors that have been identified for monetisation by the government.