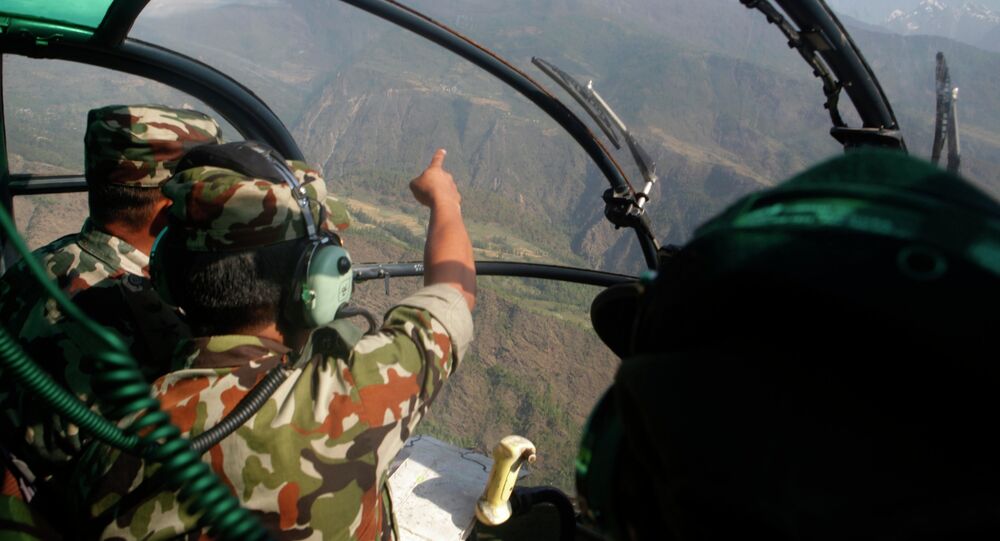 The nine choppers were returning from Lukla located in Nepal's Solukhumbu District, the gateway to the Mount Everest region, a media report said.

Of the nine helicopters which took off Tuesday morning from the Tenzing–Hillary Airport (aka Lukla Airport) with tourists onboard, four made emergency landings at Basu in Kavrepalanchok district, the Airlines Operators Association Nepal spokesperson Yograj Kandel told daily The Kathmandu Post.

The spokesperson said the emergency landings were necessitated due to zero visibility caused by dense fog in the region.

"More than 300 foreign trekkers have been stranded in Lukla airport since Saturday as the airlines' service has come to a halt due to bad weather."

HELICOPTER THAT MADE EMERGENCY LANDING FOUND IN KYRGYZSTAN