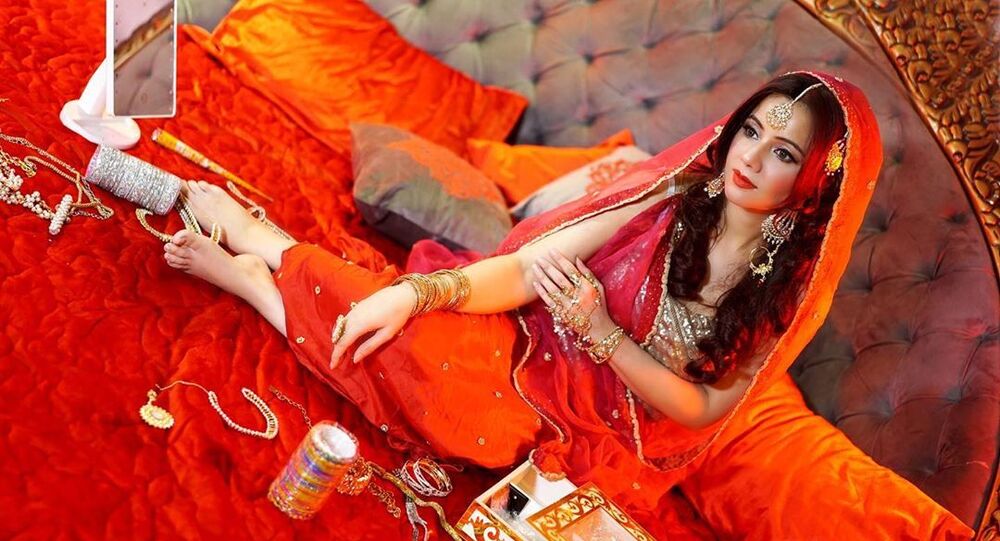 As Pirzada’s “snake video” went viral, an inquiry was launched into the performer for keeping exotic animals at her salon, where the vid was apparently recorded, with Pirzada possibly facing a fine and up to two years in jail.

Rabi Pirzada, a Pakistani pop singer who made headlines this month due to a certain viral video of hers, has opted to use humour in the face of potential legal action resulting from that move.

Commenting on a Sputnik article she retweeted about the prospects of her landing behind bars due to her latest stunt involving snakes and references to Indian Prime Minister Narendra Modi, Pirzada cheekily remarked that she relaxing at home and “didn’t even receive the notice”.

I m at home relaxing, didn’t even received the notice 😂 https://t.co/vSxGBz97tB

Earlier, the singer posted a video on her YouTube channel, which was subsequently picked up by local TV, featuring her cradling a gigantic snake as she berates New Delhi for revoking Kashmir's autonomy, and lashes out at Narendra Modi personally for “harassing Kashmiris.”

However, as the video went viral and made headlines in Indian and Pakistani media, an inquiry was launched into the performer for keeping the exotic animals at her salon, where the vid was apparently recorded, with Pirzada possibly facing a fine and up to two years in jail.