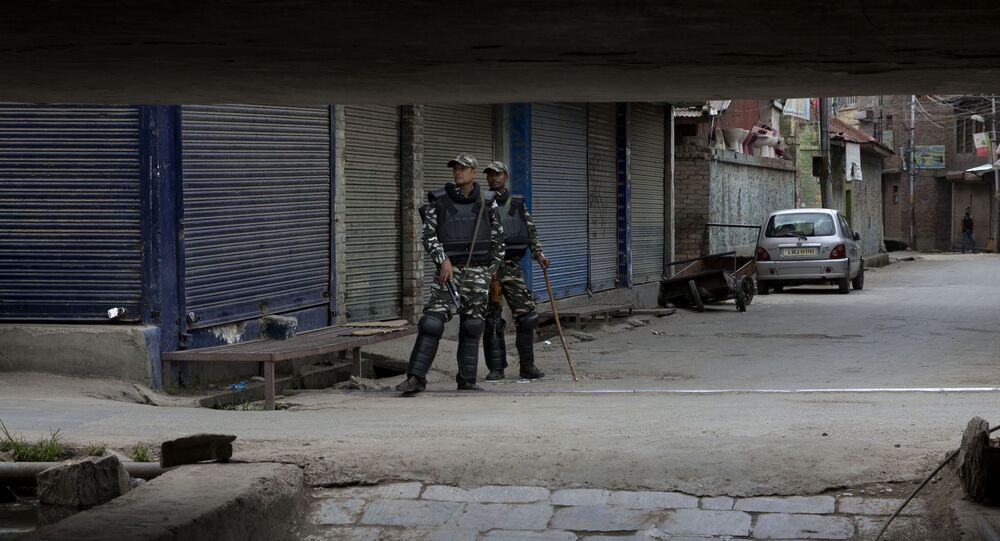 New Delhi (Sputnik): Fresh restrictions were imposed as the lockdown in parts of the Kashmir Valley entered its 40th day following New Delhi’s move to strip the state of its special status.

Indian security agencies imposed a curfew in a town in the Kashmir Valley on Friday, after suspected militants snatched a rifle from a local politician's bodyguard.

The suspected militants snatched the weapon from the personal security officer of Sheik Nasir, a leader of Jammu and Kashmir's People's Democratic Party (PDP).

Security authorities imposed prohibitory orders in Kishtwar town, where the incident took place and launched a massive search operation for the escaped militants, according to local witnesses and reports.

Fresh restrictions were also imposed in parts of Srinagar, the summer capital of Jammu and Kashmir State, to maintain law and order during Friday prayers at mosques.

Restrictions were first imposed across Jammu and Kashmir on 5 August. They were subsequently lifted in phases over a period of time, state government officials said.

Some shops and business establishments continue to remain closed, while the movement of public transport is almost negligible. Internet services also remain suspended, though fixed phone services have become operational.

New Delhi says the decision to revoke the region's special status was an internal matter.