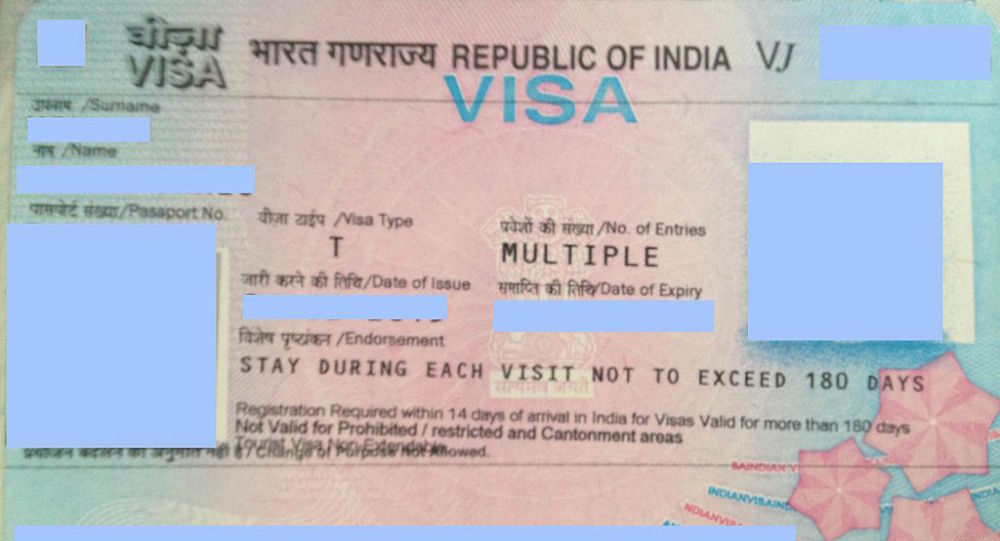 Over 300 Foreign Nationals, Banned for Spreading Anti-India Activities, Allowed to Get Indian Visa

New Delhi (Sputnik): India has allowed 312 Sikh foreign nationals involved in anti-India activities to receive Indian visas after removing them from a blacklist. An official added that these people had fled the country in the 1980s when a separatist movement by a portion of the Sikh population was at its peak.

These people are now eligible to return home and connect with their families after being separated for decades.

“The government of India has reviewed the Adverse List containing 314 foreign nationals belonging to Sikh community and brought it down to just two", a federal home ministry official said on Friday morning.

The official added that these people had fled the country in the 1980s when a separatist movement by a section of the Sikh population was at its peak. The movement had propagated anti-India activities while demanding a separate homeland for Sikhs. The Indian government had made a list of such people, and made them ineligible to receive Indian travel documents.

"Such a review will afford an opportunity to such Sikh foreign nationals to visit India, meet their family members and reconnect to their roots", the official said.

After the decision, Indian missions abroad will no longer maintain the "adverse list" and the government made it clear to all its missions that all categories of asylees and their family members, who do not figure in the adverse list should be granted an appropriate visa. These category of people would also be eligible to register themselves as an Overseas Citizen of India (OCI) cardholder.

The decision has been welcomed by the Punjab government, which has been seeking relaxation for them for years. The decision comes ahead of the 550th anniversary of the founder of Sikh sect, Guru Nanak's birth, in November.