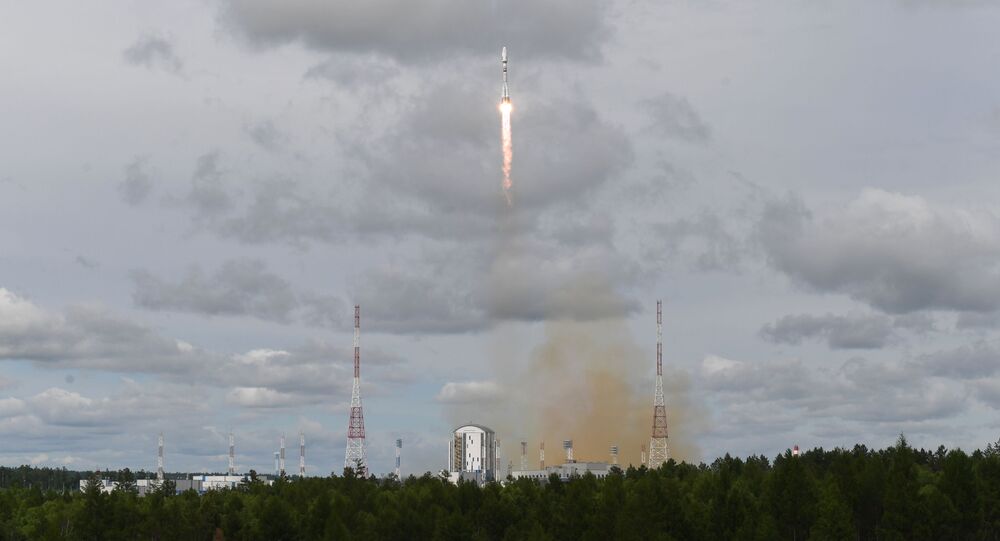 New Delhi (Sputnik): The Russian space agency has signed an agreement with India to launch an Indian earth imaging satellite. Recently, space collaboration has become high on the agenda of India and Russia.

An agreement has been signed by Russia's GK Launch Services, an operator of Soyuz-2 commercial launches from Russian spaceports, to launch an Indian satellite via Soyuz rocket from the Baikonur Cosmodrome space centre. It will be launched in 2020.

"Pixxel has signed a launch contract with GK Launch Services for its first tech demo mission to be launched in Q2-Q3 2020 from Baikonur on a GK-operated Soyuz-2 mission," the operator of Soyuz-2 commercial, said on Thursday.

Pixxel is an Indian space startup based in Bengaluru which is building a constellation of earth imaging satellites to provide global coverage every 24 hours.

"We have chosen GK Launch Services because it bundles all services in one package, offering transparent and standard insurance products along with launch services to its customers," Chief Executive Officer of Pixxel Awais Ahmed said after the signing of the agreement.

Soyuz-2 is a modified version of Soyuz, a rocket of great world renown. The new generation of Soyuz launchers features high reliability, multi-functionality, and eco-friendliness. At present, Soyuz is the only rocket in the world capable of executing human-crewed space flights.

Recently, space collaboration has become high on the agenda for India and Russia. Russia has been playing a significant role in the country's first crewed mission, including providing training to astronauts and helping with equipment for the Indian space agency.