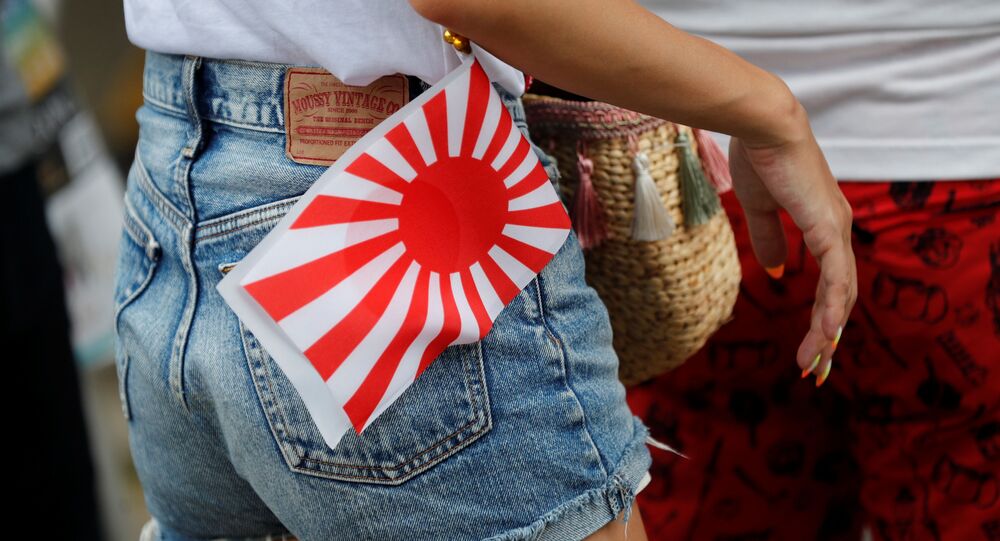 South Korea’s Ministry of Culture, Sports and Tourism on Wednesday issued a letter to Thomas Bach, the president of the International Olympic Committee (IOC), formally asking the organization to ban the use of the Japanese “rising sun” flag at the upcoming Tokyo Games.

In its letter, the ministry expressed its “deep disappointment and concern” over plans to allow the flag at stadiums during the 2020 Summer Olympics, stressing that banner is a reminder of “historic scars and pain” felt by residents of South Korea, China and other Asian countries that endured Japan’s wartime military aggression.

The flag, which depicts a red sun with 16 rays extending outwards, has been used by Japan for centuries and by the Japanese military since the late 1800s. It has served as a point of conflict between South Korea and Japan for some time due to its use during Imperial Japan’s colonial rule of the Korean Peninsula from 1910 to 1945.

The ministry went on to state that the flag conjures sentiment similar to how the “[swastika] reminds Europeans of the nightmare of World War II,” and it pointed out that FIFA, the international football governing body, has already set a precedent by banning the flag at matches.

"Furthermore, we emphasized that the use of the rising sun flag during the Tokyo Olympics would be a direct violation of the Olympic spirit promoting world peace and love for humanity, and that the IOC should have the Tokyo organizing committee withdraw its [current] stance on the flag and prepare strict measures to prevent it from being brought to stadiums," the letter reads.

The IOC confirmed to Reuters on Wednesday that it had indeed received the ministry’s letter. A spokesperson told the outlet that “sports stadiums should be free of any political demonstration.”

It’s presently unclear when a decision by the governing body is expected to be announced.

The ministry’s message to the IOC comes just weeks after the South Korean Olympic Committee reached out to the Tokyo Organizing Committee, asking for the flag to be barred at the Games. However, the request was ultimately denied, with the Tokyo committee explaining that “the flag itself is not considered to be a political statement.”