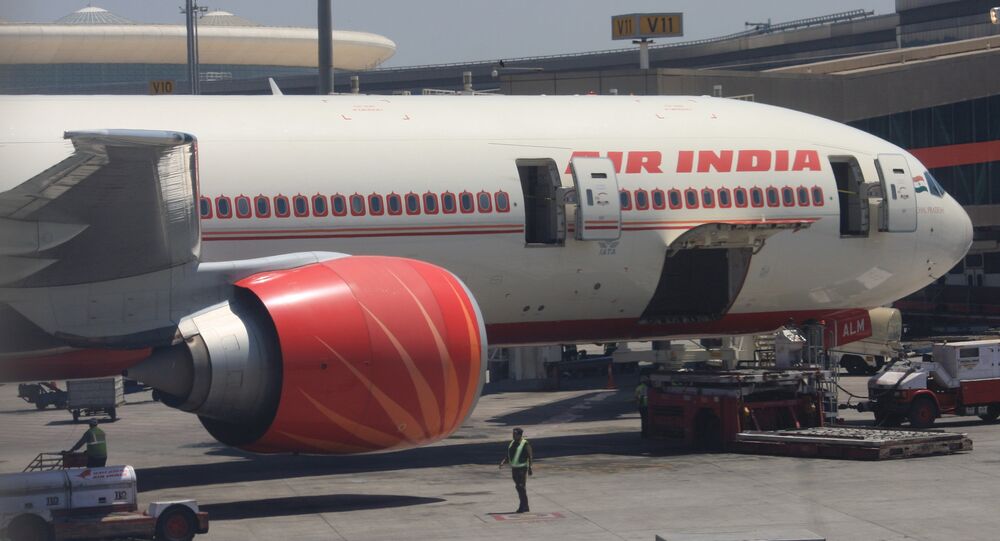 New Delhi (Sputnik): Days after Indian oil companies agreed to resume fuel supply to cash-strapped Air India, the head of one of the oil majors has said it is difficult to meet the national carrier’s refuelling requirements.

“For other [Indian] airlines, the outstanding [debt] is not abnormal and nothing to worry about. But for Air India, debts with interest is over 29 billion rupees (about $404 million) and increasing,” Indian Oil Corporation Limited (IOCL) chairman Sanjiv Singh told Indian daily The Hindu.

“That’s why we are a little worried about Air India’s outstanding debts, and we find it difficult to support this,” he added.

Asked how far the IOCL would go to refuel Air India, Singh summed up the oil major’s predicament in simple terms, saying: “It’s a big call.”

He said IOCL was not looking at developments related to the national carrier purely in business terms, but as a “commitment beyond business”.

“Air India is a national carrier. India is also attached to Air India. From a business point of view, only that sentiment can’t take it forward. We (IOCL) are not a cash surplus company. We have to borrow to support Air India, and we can’t continue like this,” Singh said.

Last week, Air India threatened to stop its flights to six Indian cities -- Kochi, Mohali, Pune, Ranchi, Patna and Visakhapatnam – after government-owned oil companies refused to supply aviation fuel to it until it cleared its dues.

The central government, however, convinced the OMCs to continue to provide fuel to the national carrier during their meeting on 4 September.

Media reports quoted sources as saying that OMCs had then agreed to resume fuel supplies to the national carrier after it promised not to let its outstanding debts increase.

Air India, according to the sources, had committed to making payments for fuel daily.

With no equity support coming from the central government in fiscal 2019-20, Air India decided to stop flights to places where the OMCs suspended fuel supply.

Last week, a spokesman for the national carrier said the airline is gradually reducing its outstanding dues by paying $25 million (Rupees 0.18 billion) daily for fuel.

The airline has admitted that clearing past dues is not possible without getting an equity infusion from the government. It has sought emergency funding of over $34 million to stay in the air.

The central government has said it is determined to privatise the national carrier. Last year it had failed to sell a 76 per cent stake in Air India due to lack of interest from bidders. Bidders said they found some of the terms of sale too stringent to accept.