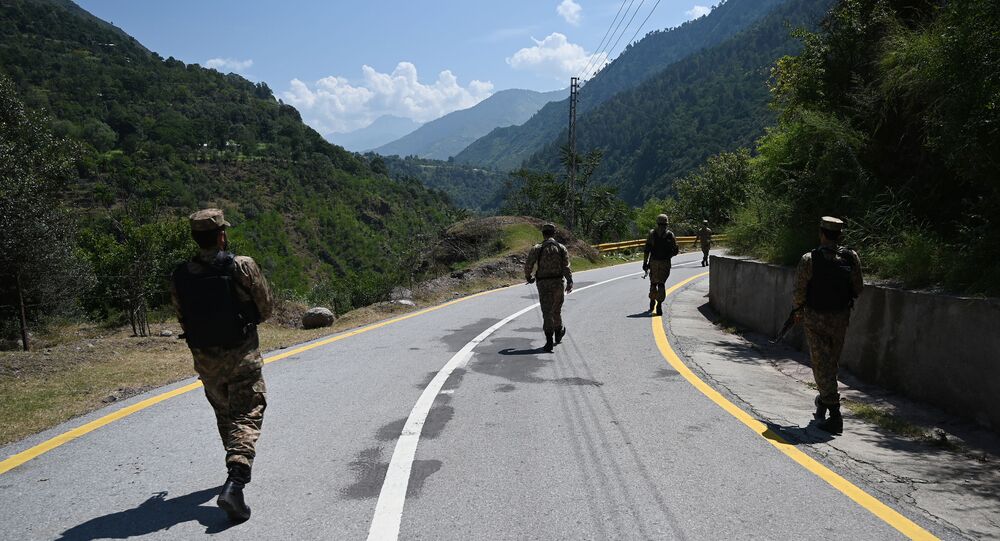 In a hard-hitting reply directed obliquely at Islamabad during a session of the UN Human Rights Council (UNHRC) in Geneva, Indian Diplomat Vijay Thakur Singh categorically said: “No country can accept interference in its internal affairs, certainly not India”.

Without directly naming Pakistan, the Indian diplomat said: “Mr President, one delegation here has given a running commentary with offensive rhetoric of false allegations and concocted charges against my country”.

“The world is aware that this fabricated narrative comes from the epicentre of global terrorism where ring leaders are sheltered for years. This country conducts cross-border terrorism as a form of alternate diplomacy”, she added.

Stating to the world that India has suffered greatly on account of “state-sponsored terrorism”, the Indian diplomat said: “It is time to take decisive and firm action against terror groups who threaten the fundamental right to life. We must speak out. Silence alone emboldens terrorists and their supporters”.

India “is taking affirmative action by adopting progressive policies to promote socio-economic equality and justice. Democratic processes have been initiated, restrictions are being eased continuously. Temporary preventive measures were needed, to ensure security in the face of credible threats of cross-border terrorism”, the diplomat told UNHRC members.

She said that all steps with regard to Jammu and Kashmir were “legal and within the ambit of the Indian Constitution”.

India’s firm response came hours after Pakistani Foreign Minister Shah Mehmood Qureshi launched a scathing attack on New Delhi over its move to rescind the special status granted to the state of Jammu and Kashmir in 1954.

In his 20-minute statement, Qureshi urged the UNHRC not to remain "indifferent" to the situation in Kashmir.

"History would be a most unforgiving judge if we fail, yet again, the people of this illegally occupied territory, in their moment of greatest peril", the Pakistani minister said.

India, he said, has transformed Jammu and Kashmir “into the largest prison on this planet, with virtually no access to basic amenities or means of communication."

Qureshi asserted that “genocide” was being committed on the Indian side of Kashmir, as it was Pakistan’s view that “a national, ethnic, racial and religious group of people are facing grave threats to their lives, way of living and livelihoods..."

He reiterated "India's unilateral action of 5 August is a violation of international laws and UN resolutions" and that the UN must respond immediately to this.

On Monday, in an opening statement, UNHRC High Commissioner Michelle Bachelet said: "The People of Kashmir must be consulted and engaged in any decision-making processes".

Since the Indian parliament repealed the seven-decade-old special status of Jammu and Kashmir in August, Pakistan has been raising the issue at various levels, while New Delhi insists that the move is an internal matter.