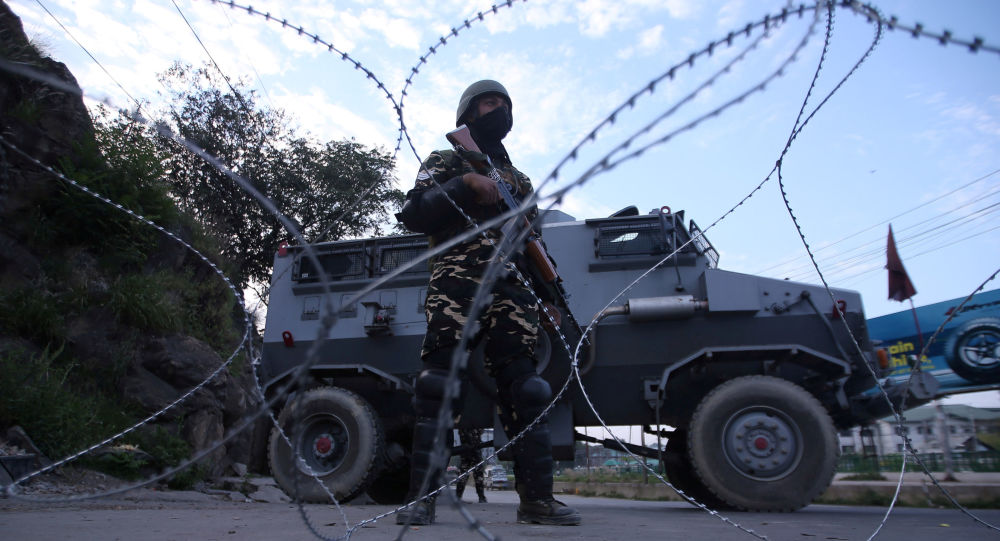 In his 20-minute statement at the UN Human Rights Council in Geneva, Pakistani Foreign Minister S. M. Qureshi urged the United Nations Human Rights Commission (UNHRC) not to remain "indifferent" to the situation in Kashmir, including the unprecedented communication blockade since 5 August when New Delhi revoked the state's special status.

"For seven decades, the people of Indian Occupied Jammu and Kashmir have awaited implementation of the UN Security Council resolutions, prescribing a plebiscite to honour their right of self-determination, said Qureshi."History would be a most unforgiving judge if we fail, yet again, the people of this illegally occupied territory, in their moment of greatest peril," said Qureshi concluding his address.

Qureshi likewise claimed that "India has transformed Jammu & Kashmir into the largest prison on this planet, with virtually no access to basic amenities or means of communication".

Qureshi further asserted that for the last six weeks, over 8 million Kashmiris had been virtually caged by an "illegal military occupation, that has swelled in ranks, from 700,000 to nearly a million troops".

"I shudder to mention the word Genocide here, but I must. With respect to the Genocide Convention, the Kashmiri people in the occupied territory – as a national, ethnic, racial and religious group of people – face grave threats to their lives, way of living and livelihoods...", he went on to claim, adding that the people of what he described as the "occupied land" are suffering "systematic violations of their fundamental freedoms".

Rejecting the suggestions made by global leaders to resolve the Kashmir issue bilaterally, Qureshi said that there is "no possibility of bilateral engagement with India".

The minister once again reiterated that "India's unilateral action on 5 August is a violation of international laws and UN resolutions" and the UN must respond immediately to this.

Qureshi also urged the UNHRC to persuade India to immediately stop the use of pellet guns, lift the curfew, reverse the clampdown, lift the communications blackout and restore fundamental freedoms and liberties in the valley immediately.

Indian authorities are yet to react to his speech.

On 5 August, India repealed Article 370 of the constitution that granted quasi-autonomy to Kashmir for the past seven decades. Pakistan raised the issue at various levels since then, while India claims that the revocation of Kashmir's special status is its internal matter.

Nevertheless, India's National Security Advisor Ajit Doval, on Saturday, said that around 92 per cent of the geographical area of the state had been made off-bounds, and the government is trying to restore normalcy in the valley soon.

Doval justified the mobile and internet restrictions, saying that Pakistan can easily use them (communication networks) for subversive activities.

Earlier on Monday in its opening statement, UN HRC High Commissioner Michelle Bachelet said: "The People of Kashmir must be consulted and engaged in any decision-making processes".

India Slams Pakistan for Being Inflexible in Kartapur Corridor Talks