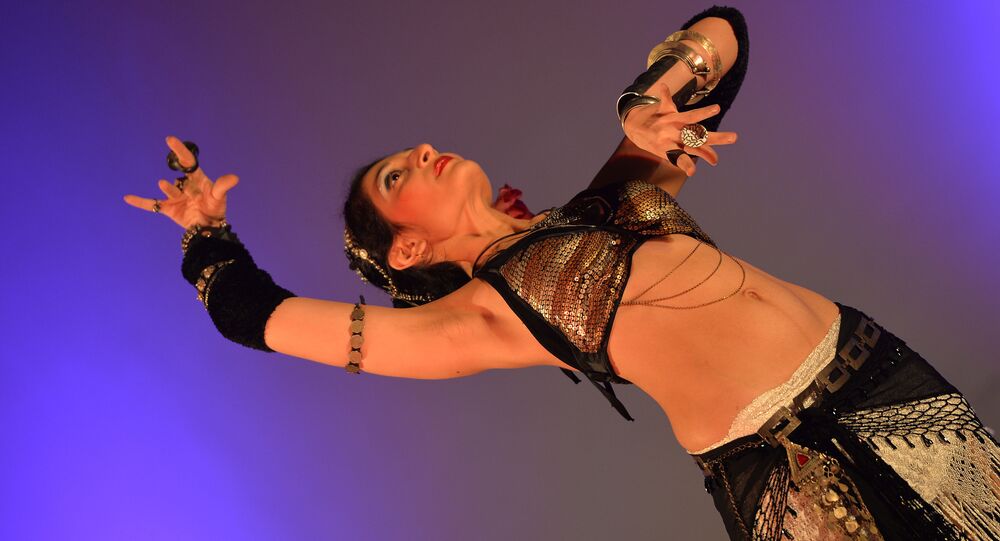 New Delhi (Sputnik): A spicy video of a belly dance performance staged during a meet of Pakistani industry leaders has gone viral. Many people on social media perceived it as a bid to draw investment into the country.

Organised by the Sarhad Chamber of Commerce and Industry (SCCIP) of Pakistan in neighbouring Azerbaijan, the meet aimed to attract foreign investment to Pakistan.

The video is doing the rounds on social media with the caption “Naya Pakistan” (New Pakistan) and is being widely mocked for its portrayal of feminine wiles being used to woo investors in a bid to revive Pakistan's economy. While belly dancing is typically associated by Europeans and Americans with 'The East', it more specifically is found in countries such as Turkey, Egypt, Morocco and Lebanon, which were all originally part of the Ottoman Empire. It has never been considered standard fare in the culture of Pakistan, which is an Islamic Republic.

The video has been released amid an ongoing economic crisis in Pakistan; the country's annual fiscal deficit has risen to the highest level in 30 years: 8.9 percent for 2018-19.

Tarek Fatah, a Pakistani-Canadian journalist, and writer also slammed the move by Pakistan’s Chamber of Commerce.

The controversy instigated netizens who mocked the Pakistani prime minister and his country’s economy.

I think you need to build a solid business plan. As investors search for start-ups to fund, they scrutinize which companies will be able to appropriately use any capital they obtain. I believe this not the means to lure the investors. Absolute disgrace on you Imran Khan.

What next, Cheerleaders? To get up and gyrate every time Imran Khan utters some nonsense?

They tried with selling of Donkeys then something else now started Belly Dance to get money.. tomorrow do Not know what strategy left for them to get Bhikh

One should use the best skills one has and Pak army is trying "honey tap" the investors. What's wrong 😏

Others resorted to memes and jokes and a few of them even went a bit satirical towards Pakistan’s scientific progress.