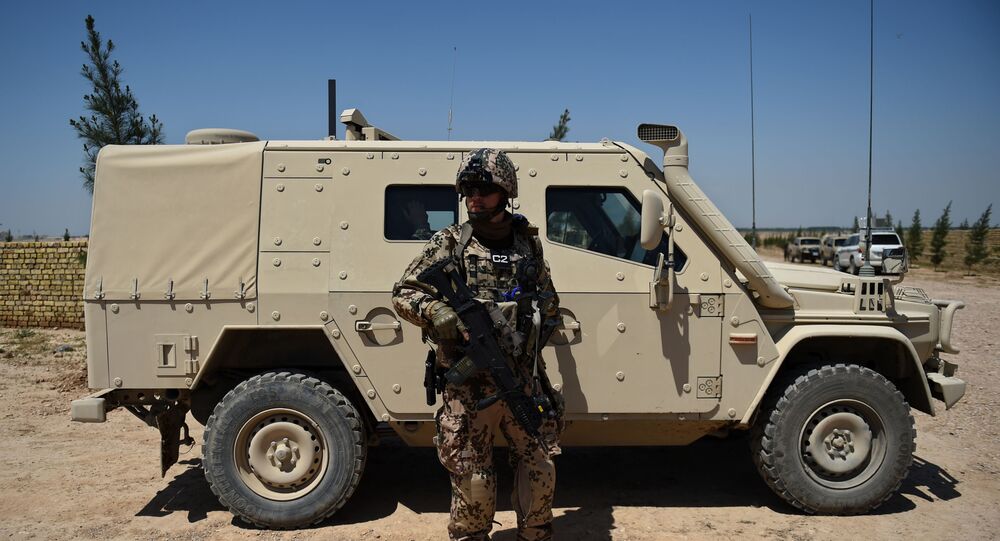 MOSCOW (Sputnik) - The German Federal Police and the country's Society for International Cooperation (GIZ) have removed the biggest part of their personnel from the Afghan capital in the wake of last week's deadly attacks by the Taliban, media reported.

According to Spiegel magazine, personnel were partially evacuated from Afghanistan, while, those who remained in the country were relocated to Mazari Sharif city in the country's north.

Only a small part of the staff remains in Kabul. They were transferred to a military camp at the airport. German police officers were engaged in training Afghan officers in Kabul.

On 2 September, a huge explosion hit Kabul's PD9 district, where foreign troops and agencies are located just hours after US Special Representative for Afghanistan Reconciliation Zalmay Khalilzad‏ shared with the nation's leadership the details of a peace deal drafted by the Taliban and the United States during the ninth round of talks in the Qatari capital of Doha. The attack, which the Taliban have taken responsibility for, left 16 dead and 119 injured.

Three days later, three explosions rocked Kabul killing dozens of people, including a US soldier. The Taliban claimed responsibility for the attacks.