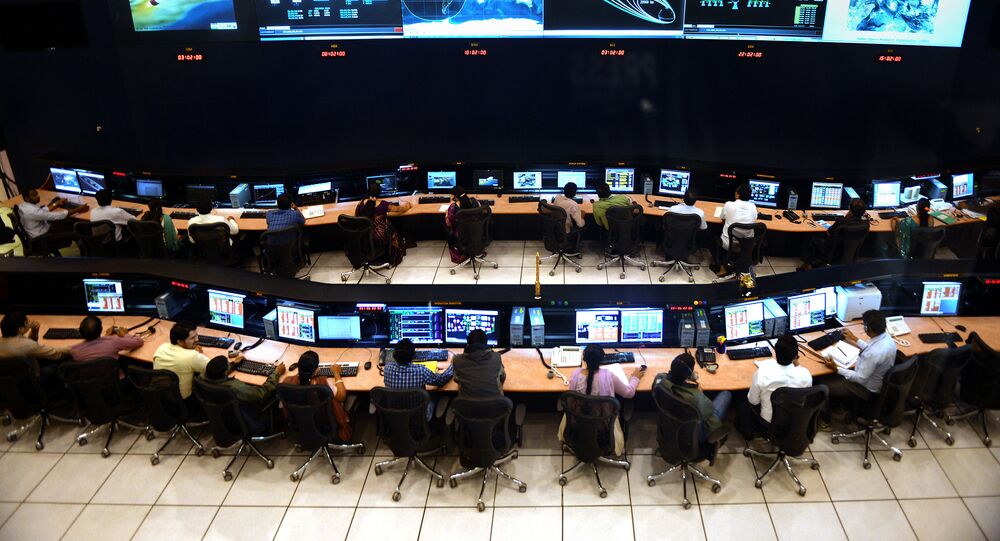 On Friday night, the Indian Space Research Organisation (ISRO) lost contact with the Vikram lander during the last stage of the Moon landing operation, minutes before it was due to land near the lunar South Pole.

The Indian Space Research Organisation stated that it has found the location of the Vikram Lander on the Moon's surface a day after losing contact with the module, ISRO chief K. Sivan announced on Sunday.

We found Vikram on surface of moon and I am sure we connect soon with Vikram lander and successfully complete our chandrayaan2 mission.😊👍@isro@narendramodi #ISROweareproudofyou#VikramLanderFound pic.twitter.com/Gr6Gb5bXG9

​According to K. Sivan, the orbiter has clicked a thermal image of the Vikram Lander.

"It must have been a hard-landing. We do not know if the Vikram module was damaged during the landing on the lunar surface," the ISRO chairman stressed, as quoted by Livemint.

Meanwhile, the main spaceship, the Orbiter, will remain in lunar orbit for at least a year.

The mission was particularly important for the country, because, if successful, it would be the first Indian object to make a soft landing on the moon, as well as the first device in the world to land on the South Pole of the Moon.