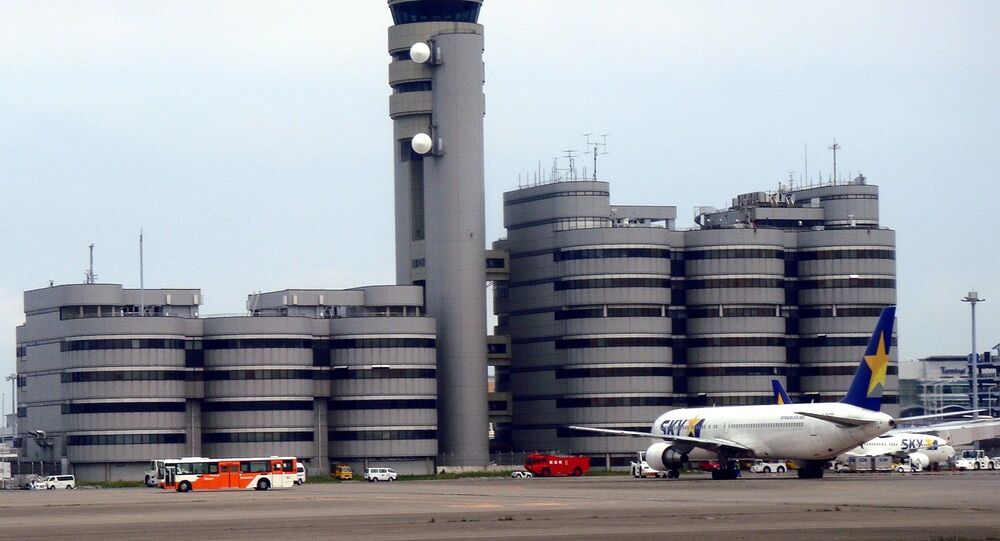 MOSCOW (Sputnik) - More than 20 flights and 50 trains will be suspended on Sunday evening in Japan as typhoon Faxai is expected to approach close to the country's central region of Kanto, NHK broadcaster reported.

Over 200 domestic flights were canceled throughout Japan on Sunday ahead of the approaching Typhoon Faxai, which is expected to reach the country's eastern coast later in the day, media reported.

Japan Airlines has canceled 94 domestic flights and two international flights on Sunday. All Nippon Airways has also canceled at least 16 flights and halted six flights between Tokyo's Haneda Airport and the eastern island of Hachijojima.

Airline companies are all calling on travelers to check updated information about their flights on their websites.

Additionally, at least 117 bullet trains between Tokyo and Osaka have been canceled ahead of the typhoon.

Japanese authorities have also issued a level four out of five evacuation advisory for over 40,000 households in the Tokyo metropolitan area and neighboring Shizuoka and Kanagawa prefectures.

Tokyo is about to get a direct hit from Typhoon #Faxai at Cat 2- or 3-equiv strength. It intensified rapidly on a weekend--very bad for awareness. Japan Met Agency fcst from 3Z Sun brings center across W side of Tokyo Bay on very favorable track for surge https://t.co/FoOzHMj0Lp https://t.co/Ell5FUzGqE

​As of 10:00 the typhoon was spotted 170 kilometers (105 miles) south of the Hachijo Island moving northwest at a speed of 30 kph, according to the weather officials.

The expected maximum wind speed is estimated at 144 kph. The local population has already been warned to be prepared for strong winds and heavy rain. The authorities have also asked the people to be ready for an urgent evacuation.