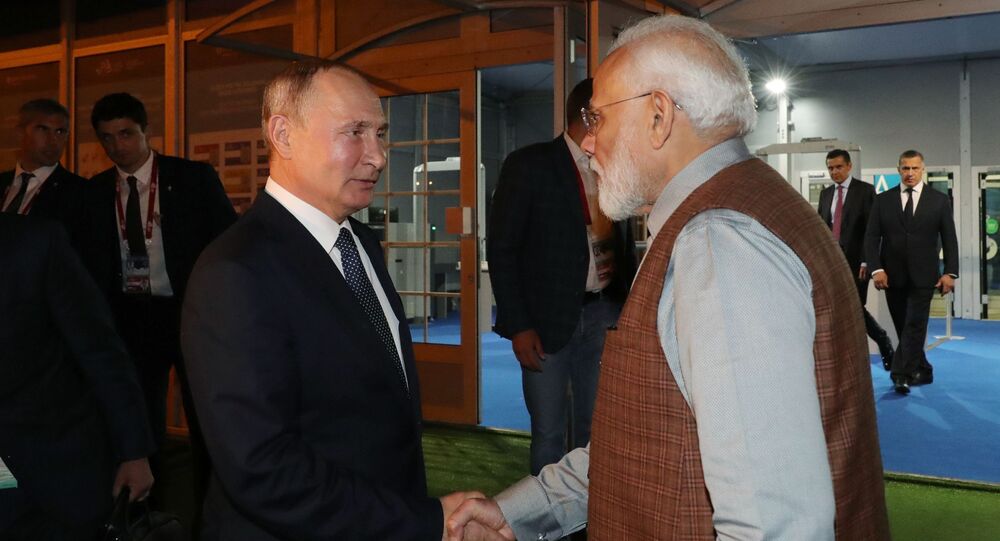 Prime Minister Modi was in the Russian city of Vladivostok to participate in the 20th Russia-India Summit and attend the 5th Eastern Economic Forum (EEF) as the chief guest.

Soon after boarding his flight to India, he sent a message of warmth in Russian to President Vladimir Putin and to the people of Russia on social media.

​During Prime Minister Modi’s visit to Vladivostok between 4-5 September, India and Russia successfully negotiated and inked several deals and cooperation agreements covering various fields within the framework of the 20th Russian-Indian summit on the side-lines of the 5th Eastern Economic Forum (EEF).

Both sides signed 15 Memoranda of Understanding (MoUs) across many sectors, ranging from space to deep-sea exploration and connectivity, as well as in the areas of defence, oil and gas, and nuclear energy.

Both countries also agreed to open a maritime route between Vladivostok and Chennai, the capital of India’s southern state of Tamil Nadu.

India’s Foreign Secretary Vijay Gokhale said that the opening of this route would ensure connectivity between two major ports and “give impetus to the cooperation between India and the Russian far East”.

The joint statement issued after delegation-level talks said that both sides intend to prioritise multifaceted trade and economic cooperation to expand the range of India-Russia relations.

Moscow and New Delhi have agreed to take bilateral trade from the current $11 billion to $30 billion by the year 2025.