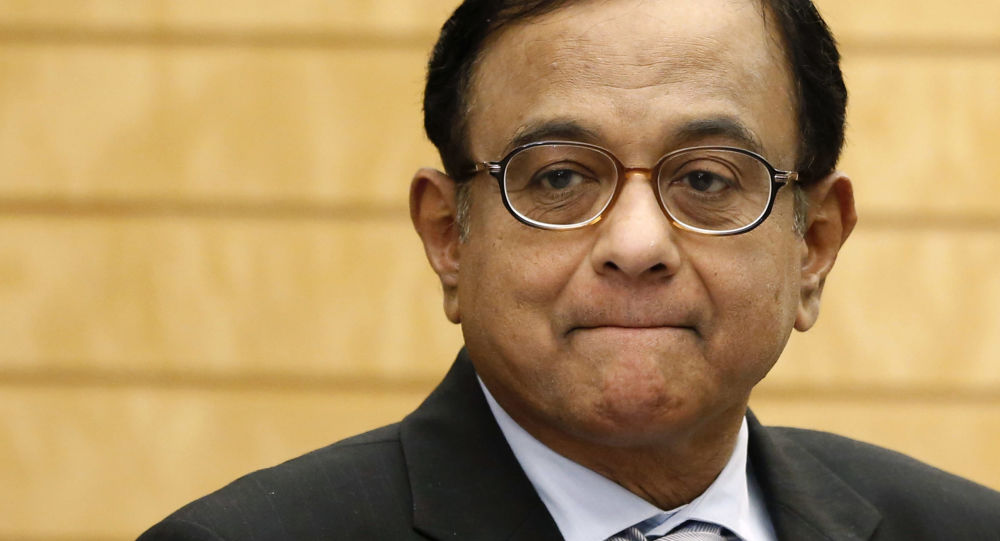 New Delhi (Sputnik) - Palaniappan Chidambaram, who has been in custody since late August, has been accused of misusing his post of finance minister while facilitating foreign investments in INX Media.

After the Supreme Court of India denied anticipatory bail in a case of corruption and money laundering, former Indian Finance and Home Minister Palaniappan Chidambaram was sent to the Central Jail in the national capital New Delhi.

Chidambaram was arrested in a dramatic way at his New Delhi residence on 21 August and taken into the custody of India’s federal investigative agency, the Central Bureau of Investigation (CBI). He is facing charges for allegedly facilitating foreign investment in a media company while he was finance minister in the former Congress Party-led coalition government and also for facilitating financial favours for his son.

Besides the CBI, the economic intelligence agency - Enforcement Directorate (ED) - is also probing several cases of corruption against Chidambaram. He will now remain in jail for 14 days, until September 19, a special court handling corruption cases ordered.

​On Tuesday, 3 September, the Enforcement Directorate arrested another Congress leader and a former minister in southern Karnataka on charges of money laundering through shell companies.

India’s main opposition, the Congress Party, has termed these arrests “vendetta politics”. Former Congress President Rahul Gandhi said that it is “another example of the vendetta politics unleashed by the Government using agencies like the ED/CBI and a pliant media to selectively target individuals”.

​In 2010, when Chidambaram was home minister, he was alleged to have used the CBI to target political opponents. Current Home Minister Amit Shah, then a minister in western Gujarat, was arrested and jailed, for his alleged role in the case of a police encounter in which a wanted criminal was allegedly killed in the custody of law enforcement in 2005. However, in 2014, the court cleared him of all charges.