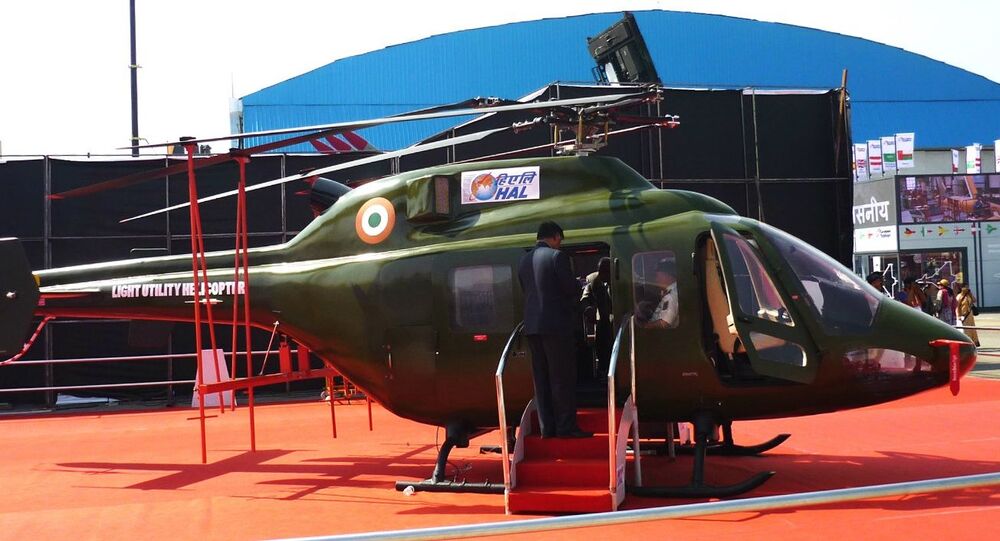 New Delhi (Sputnik): While the country's 1.5 million armed personnel have for years been waiting for a replacement of the military’s aging light helicopters, India's state-owned Hindustan Aeronautics Limited (HAL) announced that its Light Utility Helicopter succeeded in high altitude capability tests on Thursday.

The trials were carried out by test pilots from HAL, as well as the Indian Air Force and Army between 24 August and 2 September.

"The light utility helicopter has complied with all the requirements of the users and with the completion of hot and high altitude testing, it is close to operational clearance certification", HAL Chairman R. Madhavan said after the successful comprehensive tests at different locations.

The aviation behemoth said that a comprehensive test plan had been executed at Leh (3,300m above sea-level) in temperatures reaching up to the International Standard Atmosphere (ISA) +32 degrees Celsius, which included envelope expansion, performance, and flying qualities.

The three-tonne class new generation helicopter then lifted off from Leh and demonstrated its hot and high hover performance at the Daulat Beg Oldie Advanced Landing Ground at 5,000m altitude, followed by another forward helipad (5,500m at ISA +27 degrees Celsius).

"While these extreme weather conditions imposed flight restrictions on all other civil and military aircraft, LUH flights were unhindered as it is designed for such operations", HAL claimed, adding that the chopper revealed high reliability without any service support.

The Indian Armed Forces have been facing a shortage of over 400 helicopters in this category. The state owned HAL estimates that the Tumakuru plant will ship about 30 LUHs annually, starting in 2019-20 and manufacture 60 helicopters annually from 2023.

India has also inked a deal with Russia to jointly manufacture Ka-226T light utility helicopters to replace the ageing Chetak and Cheetah light rotary-wing platforms of the Indian Army and IAF.

India has ordered 140 Ka-226Ts to be produced in India, with the level of localisation at up to 50-70 percent.