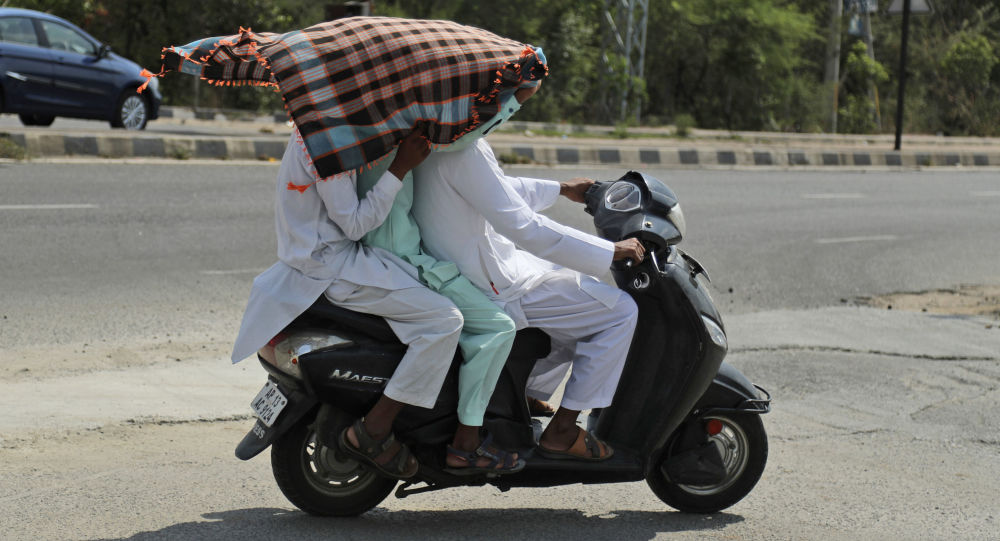 A man in India is the talk of the town, after making the headlines on TV for receiving a hefty fine for a traffic violation, equalling almost twice the current market price of his two-wheeler.

Dinesh Madan from the Indian city of Gurugram was fined Rs.23,000 (over $300), for driving his two-wheeler without wearing a helmet and carrying mandatory documents.

Madan was left in shock after learning how much he would have to cough up under new laws. He told Indian news agency ANI that his scooter costs about half the amount of the fine that traffic police imposed on him.

"I wasn't wearing a helmet and didn't have the registration certificate (RC). The traffic police officer asked me to give him my scooter's key, but I refused. He immediately printed a challan (fine) of Rs.23,000 and seized my vehicle," Madan told ANI.

"The value of my scooter is around 15,000 (about $200). I even got a copy of the registration on WhatsApp from my home, but by then the police officer had printed the fine," he said.

"The amount would have been less if he had waited a while. I want the fine to be relaxed. From now, on I will always carry my documents," he added.

Netizens, who were left fuming at the heavy penalties imposed by traffic police, took to Twitter to bash the new rules with hilarious memes and jokes.

An Activa commuter had to cough up Rs 23,000 for violating traffic rules.
Wish his two wheeler is worth of that chalan amount☺☺ pic.twitter.com/Y5y6WgMLOv

Under the new rules, penalties have increased by up to ten times for some common traffic violations, like driving without a licence and driving with a revoked license.
The day the law came into force on 1 September, the Delhi Traffic Police issued 3,900 challans.
Under the new rules, speeding can invite a penalty of Rs. 1,000- Rs.2,000. Driving without insurance will get you a fine of Rs. 2,000, and operating a two-wheeler without a helmet will cost you Rs.1,000 in addition to getting your licence suspended for up to three months.