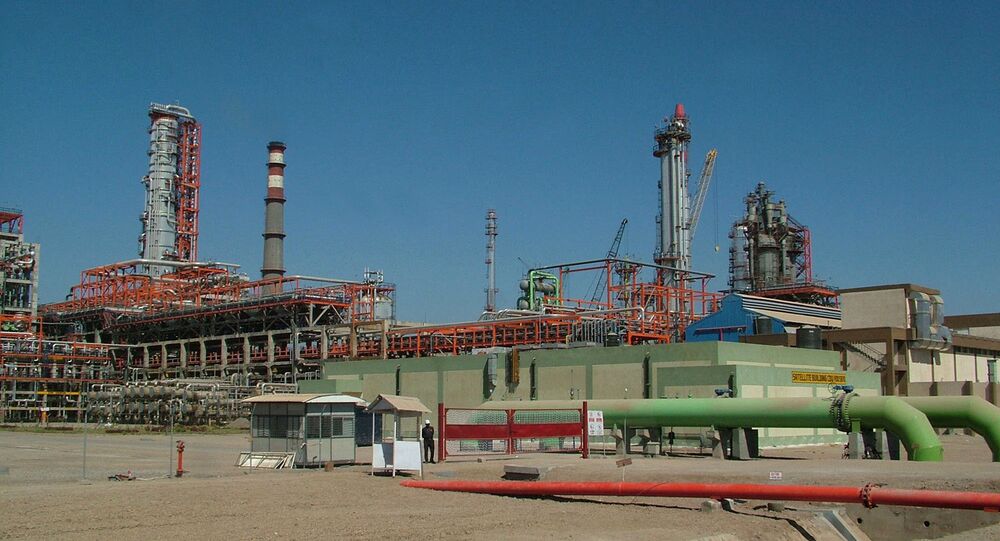 New Delhi (Sputnik): India and Russia are set to sign a series of agreements related to the oil and gas sector during Prime Minister Narendra Modi's visit to Russia in order to curb dependence on the Gulf region, Indian Foreign Secretary Vijay Gokhale announced on Monday.

An oil and gas deal between India and Russia will include a "five-year roadmap stating out the possibilities in energy co-operation", in addition to a liquefied natural gas (LNG) purchase agreement during the annual summit between the two countries.

"A five-year roadmap [is] to be announced stating out what possibilities we have in cooperating in oil and gas; both in terms of exploration, exploitation and in terms of purchase in the five-year timeframe (2019-2024), as we seek to diversify our oil and gas supplies beyond complete dependency on the Gulf", Indian Foreign Secretary Vijay Gokhale said while addressing the media in New Delhi ahead of Prime Minister Narendra Modi's 4-6 September visit to Russia.

Gokhale added that the "intent to develop greater ties in energy between India and Russia is going to be followed by actual action on the ground".

Modi will hold a bilateral summit with Russian President Vladimir Putin and attend the Eastern Economic Forum in Vladivostok. The summit is being viewed as testimony to the region's importance for both countries as part of their respective Indo-Pacific and Asia-Pacific strategies.

Meanwhile, it's been reported that a preliminary pact for a consortium of Indian companies led by ONGC Videsh Ltd. for acquiring a roughly 49 percent stake in Russia’s Vankor cluster oilfields may be signed during the meeting.

"There are concrete proposal related to LNG import which either we will announce during the visit or just after that", Gokhale said.

Gokhale further stated that India is discussing how to import oil and gas from Russia via a new route, bypassing the Strait of Hormuz; the proposed alternative route would see vessels navigate through the South China Sea.

Russian Energy Minister Alexander Novak said last week that in the first half of 2019, exports of oil products from Russia had surged over 17 percent to 1.3 million tonnes, while coal supplies increased 25 percent, exceeding 3 million tonnes.

The two countries are expected to sign a number of agreements across numerous sectors, including defence, trade, energy and investments. New Delhi and Moscow are also poised to conclude a pact that will recruit Indians at projects in the resource-rich Far East.