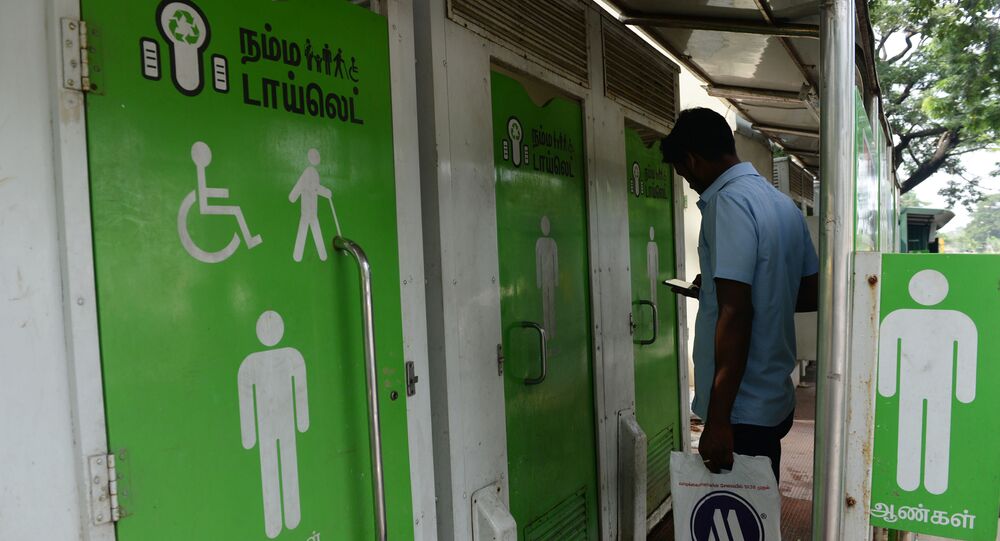 New Delhi (Sputnik): A group linked to the parent organisation of India’s ruling party has urged Prime Minister Narendra Modi not to accept an award from the US-based Bill & Melinda Gates Foundation.

The Bill and Melinda Gates Foundation is doing business in India and other parts of the world under the guise of philanthropy, SJM’s national co-convener Ashwani Mahajan alleged in a tweet.

Request to PM Shri @narendramodi to reconsider this award, given shady past of BMGF. BMGF is no philanthropist, they are doing business in the guise of philanthropy. They are also under severe allegations of conducting illegal and unethical medical trials to foster their business https://t.co/ym9nxQIqRl

​Earlier, Dr Singh said: "Another award, another moment of pride for every Indian as PM Modi's diligent and innovative initiatives bring laurels from across the world”.

“PM Modi to receive an award from Bill & Melinda Gates Foundation for Swachh Bharat Abhiyaan (Clean India Mission) during his visit to US (sic)", he added.

Prime Minister Modi launched the “Clean India Mission” on 2 October 2014. The aim of the nation-wide mission is to make India open defecation free (ODF) by 2 October 2019, the 150 birth anniversary of India’s Father of the Nation Mahatma Gandhi.

To end the stigma of open defecation, the central government announced an ambitious programme of building over 90 million toilets, besides ensuring clean streets, roads, and other infrastructure across the country.

In the last five years, people from different sections of society have joined this mass movement for cleanliness, including bureaucrats, soldiers, actors, sportspersons, industrialists, and spiritual leaders.

Keen to promote the cleanliness initiatives of the government, non-government organisations and community centres too have participated in frequent cleanliness awareness campaigns. They have also spread awareness about hygiene through plays and music across the nation.

Last month, the SJM asked the central government not to allow foreign firms, especially Chinese companies, entry into the country’s telecommunication industry on grounds that it is a critical and strategically important infrastructure sector.

"Telecommunications must be declared a critical and strategic infrastructure vital to India's security. Once this is done, the ban on imports cannot be challenged at the WTO (World Trade Organisation)", SJM national co-convener Mahajan had said at the time.