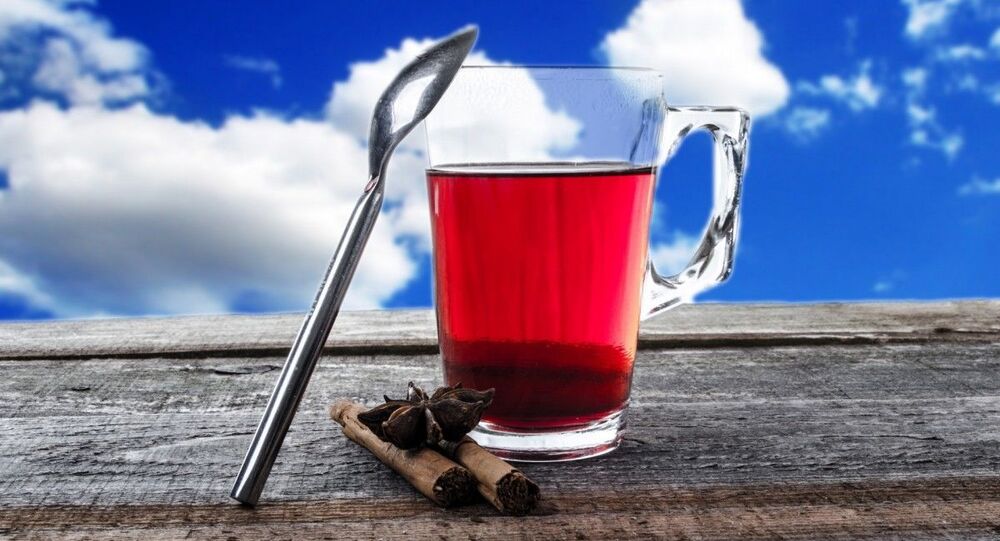 New Delhi (Sputnik): A British-Dutch-owned tea brand in India is taking flak over an alleged erroneous depiction of Hindus’ general approach towards Muslims in the country in a year-old advertisement.

As Hindus on Monday celebrated “Ganesh Chaturthi” to mark the birth of Lord Ganesha, the advertisement went viral on social media.

The Red Label advertisement, released last year, shows a member of the Hindu community trying to buy a Lord Ganesha idol to celebrate the festival, when he suddenly comes across a Muslim man selling it. Just as he realises the shopkeeper is a Muslim, the man decides to leave.

But he gets stopped by the shopkeeper who offers him a cup of tea besides telling him about the importance of maintaining religious harmony between Hindus and Muslims. The advertisement ends with the man happily buying the idol from the shopkeeper.

With the advertisement trending on social media, a section of netizens however lashed out at the tea brand for obliquely showing Hindus as intolerant and Islamophobic.

On Sunday, the hashtag #boycottredlabel started to trend on Twitter as many users asked for the tea brand to be boycotted for showing Hindus in a poor light.

Ram Ram ji 🙏 Can anyone in this advertising world make an advertisement preaching Muslims in India to not slaughter animals on Eid 🤔 I would consider that worth Being humanitarian enough 🙏 Stop targeting Hindu festivals with your nonsense 🙏 #BoycottRedLabel #PayalRohatgi pic.twitter.com/Jm9hXBXk9l

⁦@HUL_News⁩ This is not done! Pl withdraw this AD! For selling your stuff you cannot show 1B people in bad light ⁦@ARanganathan72⁩ https://t.co/6ynLyh1UI4

From today I won’t buy or drink your tea, all those who will boycott it

It's disappointing to see how a Hindu is being projected as intolerant. It could have been a happy ad where the Hindu man gets excited after knowing the artist is a Muslim and both could have felt proud on India's diversity & pluralism. #BoycottRedLabel +https://t.co/48LcyN43ZD

However, a section of Twitterati disagreed with the trend suggesting that the tea brand only intended to show Hindu-Muslim unity in their advertisement.

Unbiased Analysis of the #RedLabel Ad:

The ad intends to bridge the gap between the two communities with an excellent role-play ad where the Hindu man is hateful and naïve, and the Muslim man is dignified and reasonable.

Well, many Muslims indeed participate in the Ganesh chaturthi, infact most makers of Ganesha idols in Maharashtra and Durga idols in Eastern India are Muslims.
I am a Hindu too, found nothing offensive, infact loved the beautiful message tht a Muslim knew so much abt ganesha.

Time to understand that this is the true mindset of many ppl in both the religions in our nation.
We should not be against any religion but the mindset of ppl. #support red label

Lord Ganesha, the son of Lord Shiva, is one of the best-known and most worshipped deities in Hinduism. Thus, the festival of Ganesh Chaturthi (birth) is celebrated with much frenzy amongst Hindus across the world.

The Red Label tea brand is owned by British-Dutch company “Unilever” had earlier received similar flak for advertisements during the Hindu festivals of Holi and Kumbh.

Twitter controversies over food products being linked with religion are not new in India. Earlier in July, a controversy had erupted in the country over an incident where a man refused to take his delivery from food aggregator platform Zomato because of the delivery boy’s Islamic identity.

Subsequently, the food delivery service said it doesn’t believe in religious discrimination. However, many netizens questioned Zomato for what they termed a “discriminatory” practice by it, because they cater to the religious sensitivity of some other sects.