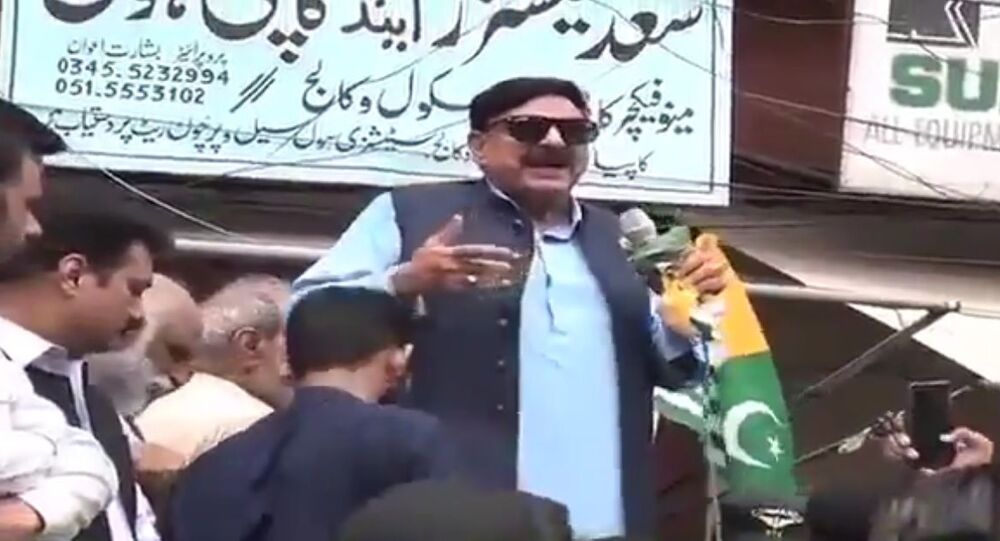 Rasheed was addressing a rally and lambasting the Indian prime minister over New Delhi’s revocation of the special status of Jammu and Kashmir state. In the video clip, which has since gone viral, Rasheed can be heard saying “we are aware of your intentions, Narendra Modi”.

The video of the incident had twitterati in splits, evoking hilarious reactions from netizens. Some users joked about how mentioning Modi in his speech made the Pakistani minister jittery.

​Rasheed’s speech was part of “Kashmir Hour” which was observed by Pakistan from midday on Friday from. During this time, people and vehicles were brought to a standstill, and various speeches were delivered by Pakistani leaders to express solidarity with the people of the Indian-administered region.

Tensions between India and Pakistan have risen ever since New Delhi amended Article 370, which granted Jammu and Kashmir a special status. Pakistan, which also claims Kashmir, came out strongly against the Indian decision and in protest expelled India’s envoy to Islamabad, downsized its diplomatic mission in New Delhi, and suspended trade and snapped communication links. Islamabad has also threatened to close its airspace to India.