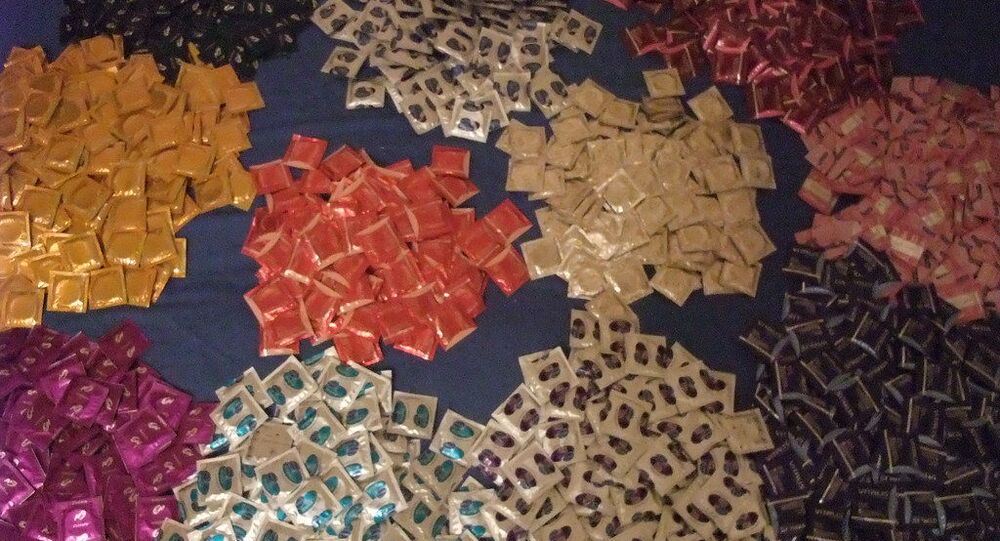 New Delhi (Sputnik): Many people in the southern Indian city of Thiruvananthapuram were perplexed while passing a road construction site when a large number of prophylactics started to pop up from it.

The incident occurred in the capital of the Indian state of Kerala on Kakkode Road, which was uprooted to install a pipeline; the road was left unattended.

After the amusing incident was reported by local newspapers, local authorities swung into action and the contraceptives were removed.

The road was originally constructed two decades ago, and HLL, a contraceptive manufacturing company, was tasked with providing soil for the road's construction.

“At that time, families residing in the area found it difficult to commute due to the absence of a proper road. A major concern was the inability to take pregnant women and patients to hospital,” the Indian news website New Indian Express quoted J. Rajappan, a local resident, as saying.

“HLL wanted a place to deposit their waste and we wanted a road. It was a one-shot-two-birds situation,” said Rajappan.

So, the road was constructed in a win-win situation for both, the company and Thiruvananthapuram residents. However, nobody could have foreseen that the discarded condoms would come back to haunt the community when the road was dug up to install sewage pipes.