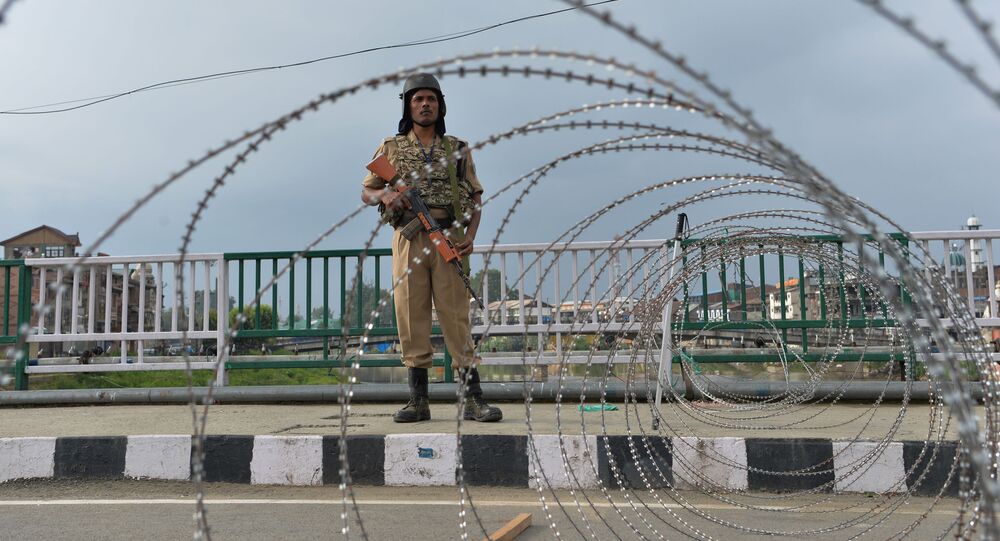 New Delhi (Sputnik): India’s governing Bharatiya Janata Party (BJP) has announced that its national and provincial leaders will address meetings and rallies across the country to “educate” people about the federal government’s move to abrogate Articles 370 and 35A of the constitution that stripped Jammu and Kashmir of its special status.

Union Ministers Dharmendra Pradhan and Gajendra Singh Chauhan, who are coordinating a special interactive movement with people, said the outreach programme aims to erase the prejudices, myths and notions about Article 370. They said that the campaign will be held through September.

Jan Jagaran Abhiyan, a public awareness programme, will be organised in the state capital and 370 places across the country, besides smaller rallies and campaigns.

The federal government, through legislation, abrogated Articles 370 and 35A, which stripped Jammu and Kashmir of its special status and bifurcated the state into two federally administered territories.

The controversial move was forcefully challenged by India’s major opposition and regional parties in Jammu and Kashmir. The government deployed thousands of troops in the Jammu and Kashmir region, imposed prohibitive orders, and suspended telephone and internet services ahead of the move. It has also taken over 200 political leaders, including two former chief ministers of the state, into preventive custody.

Jammu and Kashmir's administration prevented several leaders of opposition parties outside the region from visiting. This included former Congress Party President Rahul Gandhi and 10 others, who were stopped at Srinagar Airport and sent back on Saturday, 24 August.

The state has witnessed violence for several decades in which thousands of civilians and troops have been killed. New Delhi has accused Islamabad of fomenting trouble in the region by providing safe heaven and training for secessionists.

Kashmir has been a bone of contention between the two countries since they gained freedom from British colonial rule in 1947. Both govern part of the region, but claim it in full. They have also fought two wars over Kashmir.