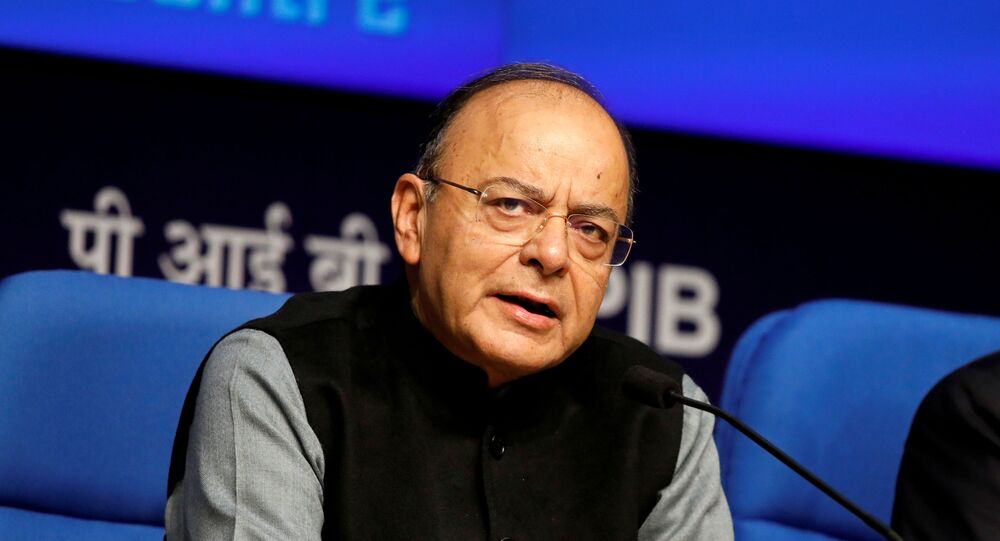 New Delhi (Sputnik): India’s former Defence and Finance Minister Arun Jaitley passed away in New Delhi, according to a press statement issued by the All India Institute of Medical Sciences.

Arun Jaitley, one of the most well-known leaders of Prime Minister Modi's ruling Bharatiya Janata Party (BJP), has passed away at the age of 66.

The death of Jaitley comes only weeks after the BJP lost Sushma Swaraj, a former external affairs minister who was also among the party's leaders; she died on 6 August at the age of 67.

Jaitley had been in poor health for sometime. He had undergone weight loss surgery in the US this January and had a kidney transplant in May 2018 at the All India Institutes of Medical Sciences (AIIMS) in New Delhi. In 2014 he underwent bariatric surgery at a private hospital in New Delhi, but had to be shifted to AIIMS due to some complications.

Jaitley opted to stay out of Prime Minister Modi’s second cabinet, due to poor health. He represented Uttar Pradesh in the upper house of Parliament, Rajya Sabha.

As a top BJP policy-maker, Jaitley was the architect of Prime Minister Modi’s major economic initiatives, like demonetisation and the introduction of the Goods and Services Tax (GST).

Arun Jaitley began his political journey through students’ politics and became president of the Delhi University Students’ Union. When then-Prime Minister Indira Gandhi declared an internal emergency in 1975, he was put behind the bars for 19 months.

Known for his oratory skills, Jaitley was made spokesperson of the Bharatiya Janata Party (BJP) in 1999 and joined the ministry of Atal Behari Vajpayee after the elections as junior Minister of Information and Broadcasting. He went on to be the head of several key cabinet ministries, including  Law, Justice and Company Affairs, Commerce, and Shipping.

Jaitley led the opposition in the Rajya Sabha from 2009-2012 and after BJP won a landslide victory, he became Finance Minister and briefly served as Defence Minister as well.

Jaitley was a lawyer by profession and also was Vice President of the national cricket body – the Board of Control for Cricket in India, but resigned after a spot-fixing scandal in the Indian Premier League, IPL.

Prominent politicians, including those from the opposition, have taken to Twitter to express their deep condolences at the demise of the BJP luminary.

Arun Jaitley ji served the nation in several capacities and he was an asset to the government and the party organisation.

He always had a deep and clear understanding of the issues of the day. His knowledge and articulation won him several friends.

Jaitleyji will always be remembered for pulling the economy out of the gloom and putting it back on the right track.

The BJP will miss Arunji’s presence. I extend my heartfelt condolences to his bereaved family.

Sad to hear that former Union Minister #ArunJaitley ji has passed away. My thoughts are with his family in this time of grief. May his soul rest in peace.

Deeply saddened by the tragic passing of my friend&DelhiUniv senior @arunjaitley⁩. We first met when he was at DUSU& I was President of StStephen’sCollegeUnion. Despite political differences we enjoyed a healthy mutual respect&debated his Budget often in LS. A great loss4India pic.twitter.com/RzxO1V6NTV

He is survived of his wife Sangeeta Jaitley, one daughter and one son, both lawyers.